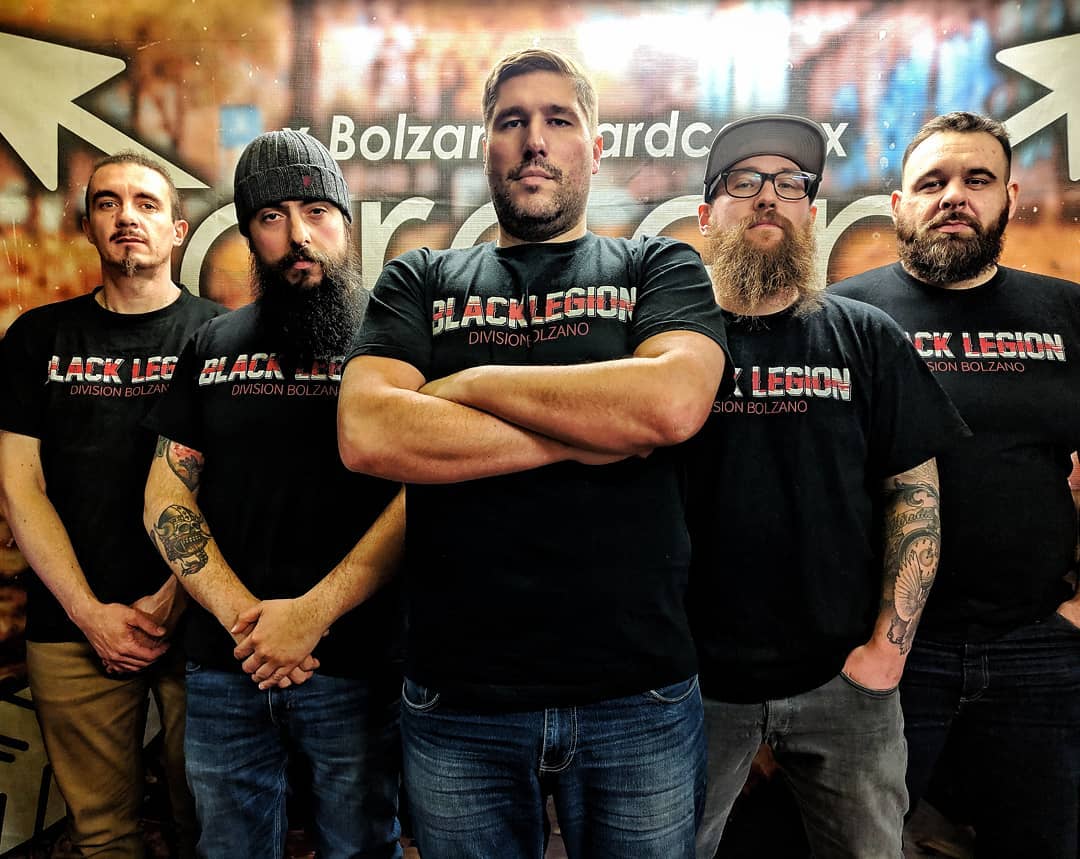 To say Green Arrows is just a hardcore band based out of Italy would be a mighty disservice to these fine gentleman.
I was late to the Green Arrows party unfortunately. I asked Rick at Label56 to recommend some good hardcore and he directed me towards Green Arrows. I am thankful he did.
Green Arrows are standard bearers of the European hardcore punk scene. These guys have a modern sound which must be incredible to witness live.  They blend heartfelt, to the point lyrics with great musicianship, subtle melodies and intense sing-a-longs.
Here is an interview that I did with Pav, lead singer.
Matthew:  Who are the members of the band and what are their roles?
Pav:
Pav – main voice
Divi – bass + second voice
Marmo – rhythm guitar + background vocals
Migue – lead guitar + background vocals
Dave – drums
Matthew:  You guys have been around for a while. How many years exactly have you been playing as Green Arrows?
Pav:
Green Arrows are playing on stages since the March of  1999, so, at date we turned off 20 candles on our birthday cake.  Going more precisely, March the 6th is for us the real “anniversary-day” of the band, because in our minds, a band is born the first day it tramples on a stage.

Everything that happened before is like a gestation matured in the rehearsals.

This inauguration gig took place in our city, Bolzano, and was for a class of U.S. students visiting our town.  The premises were not the best.  We had only 1 week for preparing a track list and very little experience of a live performance (consider we were around 17 years old).
If you like to read the full history of the first concert, we did an article on our page that tells all the anecdotes of that week of passion (http://greenarrowshc.com/2019/03/06/06-03-1999-the-first-green-arrows-gig/)
Matthew:  Were you guys in any other bands prior to Green Arrows?  If so, what were they?
Pav:
Well, yes, let say that every member of the band had a different path:
Pav is the only founder remaining in the band and he started the “G.A. experience” when he was 17 years old, so no other notable band’s experience can be feasable.
Marmo jumped in some months later (january of 2000) and he was 17 years old too and G.A. was the first interesting project too.
Dave joined in january 2003 at 19 years old, his only interesting experience was a local band called “20eyes”.
Divi entered in november 2011 at 23 years old and his main previous experience were “Lamones” (Ramones cover band) and “No Prisoner” (NSHC).
Migue merged in june 2014 at 27 years old and his main previous experience were “Still Burnin’ Youth” and “Confine” (both NSHC).
Matthew:  Are any of you in any other bands or side projects currently you’d like to talk about?
Pav:
Only Migue plays in other bands:
- Confine (NSHC – the emanation and prosecution of No Prisoner)
- Hate for Breakfast (NSHC)
Matthew:  How many official releases do you have?  And could you list them?
Pav:
At date we have 7 official albums in different releases:
- The Sky (released in 2003)
- The Earth (released in 2009)
- Rising from a Burning Desease (first release 2011 / reprinted in 2018 / released in LP in 2019)
- Face the Truth (first release 2012 / reprinted in 2018)
- One Life to Fight (first release 2013 / reprinted in 2018)
- Our Reality (first release 2016 / reprinted in 2018)
- Live.Love.Burn.Die (released in 2018) 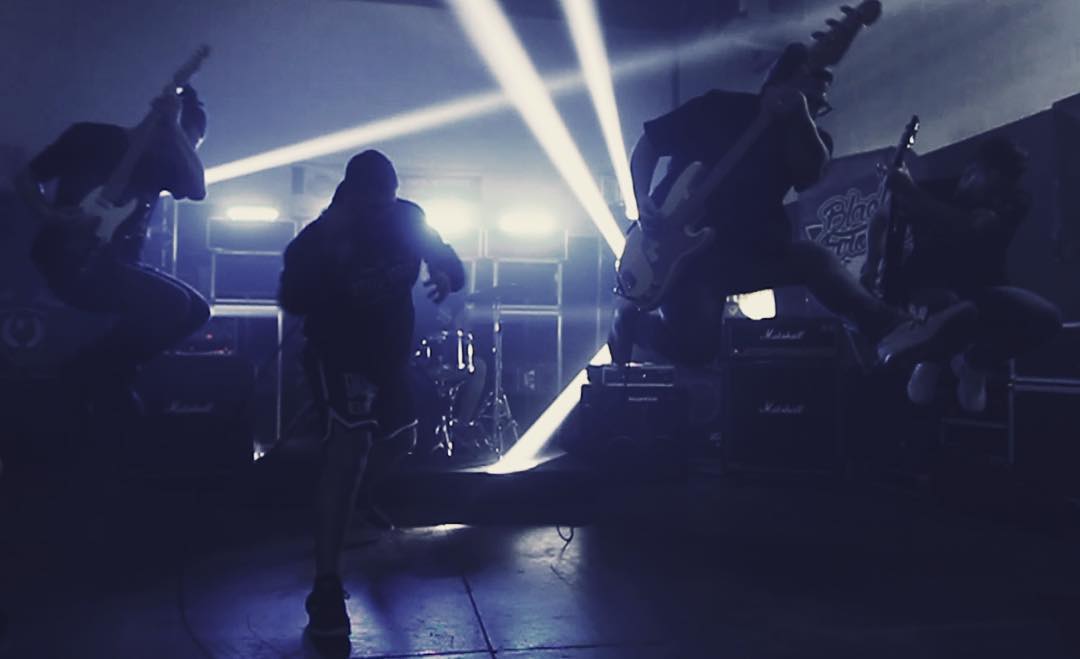 Matthew:  Do you have a favorite album?  If so, which one?
Pav:
I think it can’t be a favorite one, each album is the son of the period where it was written reflecting the situation of the band and the messages, both in lyrics and in musicality, that the members of G.A. wanted to share in that really moment.
Obviously looking back now at all 7 records I can see works that are unripe than others, but I know we were unripe as men too, we were around 20 years old and we were in the  period where you discover you’re not more an post-adolescent and you have to give a shape to your life.
But, if I had a gun pointed at my temple, I can mention “One Life to Fight” for the constant impact for the Whole album and “Live.Love.Burn.Die” for the idea of the concept behind the development of the track-list
(some articles on the concept of Live.Love.Burn.Die https://greenarrowshc.com/2018/08/17/discovering-l-l-b-d-1st-episode-concept-and-intro/).
Matthew:  You guys play anthemic and to the point modern hardcore, which features great fast parts, sing-a-longs and killer mosh parts.  How has your sound evolved from your early releases to now?
Pav:
I linked that answer to a discourse began a little while ago.
First of all our sounds has matured with our maturity as person.
I will leave away the first record because, as almost all the debut records in the ’90s, we are not considering an album but a “compilation of songs” written in the first period of a band made without a common concept, concreteness and planning but only with energy and a too wide sonority.
I will leave the second album too, it arrived from a very shady period of the band: we had a discographic contract to honorate, but we can’t mantain a stable line-up or a regular rehearsal where work and so the songwriting takes years with a continuous work of modification, rewriting and adaptations of the songs. Shady period = shady album.
I’m not saying that album is to delete or that is shit, instead I think that in some songs there are some interesting clips, but as wrote, overall represents fully the band’s situation in that period (https://greenarrowshc.com/2019/03/18/slipping-from-the-sky-to-the-earth-green-arrows-high-middle-age/)
Leaving those two works, we can start analyzing from the third album. From this one we can talk of a conscious and studied song writing.
From that album to the last one we can hear a progressive research about musicality and emphases, playing with more tempo changing, different styles of sing-a-longs and different use of the back-ground voices.
Every album from the third to the seventh we added some bricks to our project, always developing new aspects in order to achieve musical completeness.
Matthew:  What do you guys set out to do as a band?  Just have fun, make music you like, make political statements or a mixture?
Pav:
It’s a perfect mixture: we have fun to do what are we doing but we have always fixed and clear in our mind that our music is a tool, and it’s purpose is to give a sociological message to the people.
We grew up in Bolzano, a city where the HC was the normal music to hear the night in the pubs between the 90s and the beginning of the 00s, and I’ll be a liar if I deny that we love to play the music we have in our hearts and that we try to do it in the most professional and consistent way we can.
But we are aware that we are the heralds of a message, and the fun hasn’t to be the main purpose.
Matthew:  You guys have a nice social media presence. You have several thousand followers on Instagram. Do you feel like having a strong social media presence is essential these days as an underground band?
Pav:
I consider if we sum all the social media platforms where G.A. has a page or profile we arrive around 10k followers.
We know that it is a good fan base for an underground band, but we are sure that we have to do more.
As wrote before, we have to spread a message, and the bigger our listener’s group, the more our message will be heard.
It’s not megalomania but propaganda and we try to improve our propaganda day by day. 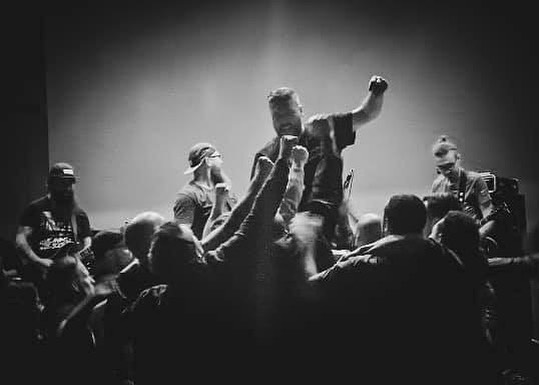 Matthew:  Who influences you guys?  (Band, music wise)
Pav:
Too much bands…. we continue to listen to everything we can, from major bands to the kids of our rehearsal, and we try to learn and get inspired by all of them.
Matthew:  Any bands in your part of the country you’d like to shout out?
Pav:
I’ll be very “parochial” and I’ll suggest you two bands of our city, with them we share our rehearsal/studio (U-Boot37):
- Confine (Old school Hardcore) / they are the prosecution of “No Prisoner” – you can find on YouTube some songs of their 2 albums.
- Istigazione (Old school Punk) / they are all young kids with a lot of potential – unfortunately they still have no records and you can find nothing on the web.
Matthew:  What’s next for Green Arrows?
Pav:
Touring across Europe (we have 3 gigs fixed and a lot to find a date) and writing (as always) something new.
Matthew:  Aside from Instagram, where can people find you?
Pav:
Facebook –> GreenArrowsHC
Instagram –> greenarrowshc
YouTube –> GreenArrows
Web Page –> greenarrowshc.com
VK –> club155569267
Telegram –> GreenArrowsHC
Mail –> ub37transfer@gmail.com