Posted by Label56 in Blog

Radical left facebook page- The Other 98% has posted many inflammatory fake news articles in the past. Their most recent is a defamatory attempt to create hatred against White Trump supporters as well as the President himself by falsely attributing the blame for numerous anti semitic attacks in New York on them. The reality is, is that these attacks and many in the past which we`ve documented here have been committed by poc`s.

Look at the two pics below. This is how fake news works. This page should be reported not only for fake news but for stirring up unwarranted hatred against a people just because of their political persuasion. In reality, they sound like those conspiracy theorists that blame everything on Jews that they warn us about. 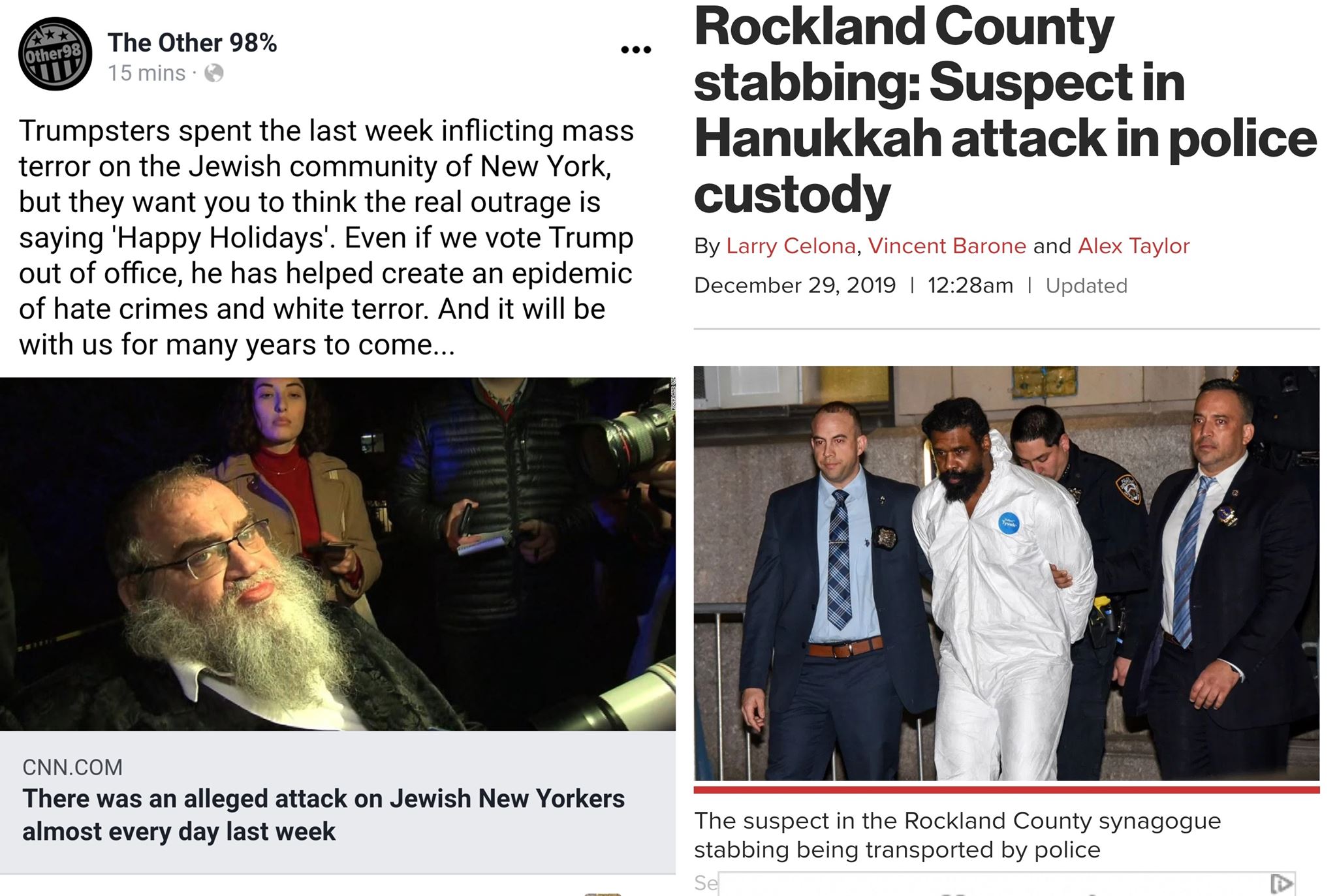 This is also the page that continually harassed the Covington kids even after the media hoax was exposed. Ask yourself why this page has not been kicked off facebook yet like many other`sthat are accused of pushing “fake news”. Of course, as mentioned above, the majority of these attacks are being committed by poc, and like the liberal justice system in many other democrat run cities, they are being let go to commit more attacks. The New York Post reports that “Suspects arrested in last week’s spree of eight anti-Semitic attacks are being quickly released right back into the neighborhoods they terrorized thanks to “bail reform” legislation — which doesn’t even take effect until Jan. 1.”

It`s kind of ironic if you think about it- When you’ve helped create the radical left party of Comrades de Blasio and Cortez with their liberal justice policies and then those liberals also make anti semitism mainstream and their pets attack.

I guess it`s always so much easier to blame things on “white supremacy” then looking in the mirror.