They`re saying that “Trump Was Impeached!” Well, not quite. Did the house take a vote? Yes. But until it goes through the Senate the process is not complete. Also, Nancy Pelosi is currently obstructing congress by not sending the articles over. In a rather ironic statement after seeing how the democrat run Ukraine Hoax Hearing was held in the House, she is asking for a quid pro quo saying she needs to be sure that the Senate trial will be fair in exchange for the articles.

And did you hear the latest? “Newly surfaced emails” magically appeared that democrats are saying demands that there be a trial in the Senate. What are those emails? More opinion and speculation from people who “thought they were doing something wrong” by holding up funds. The money was in fact released later. These people are a joke. 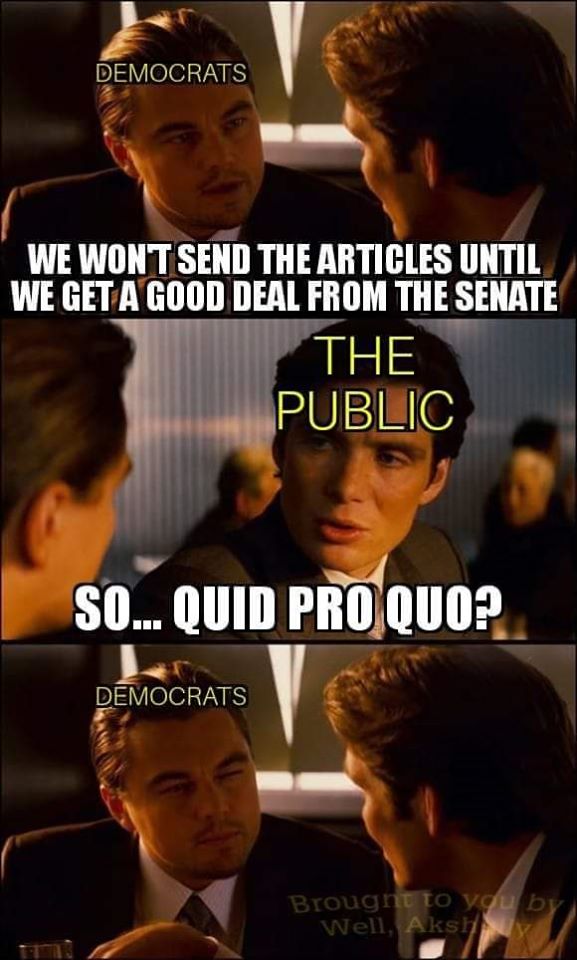