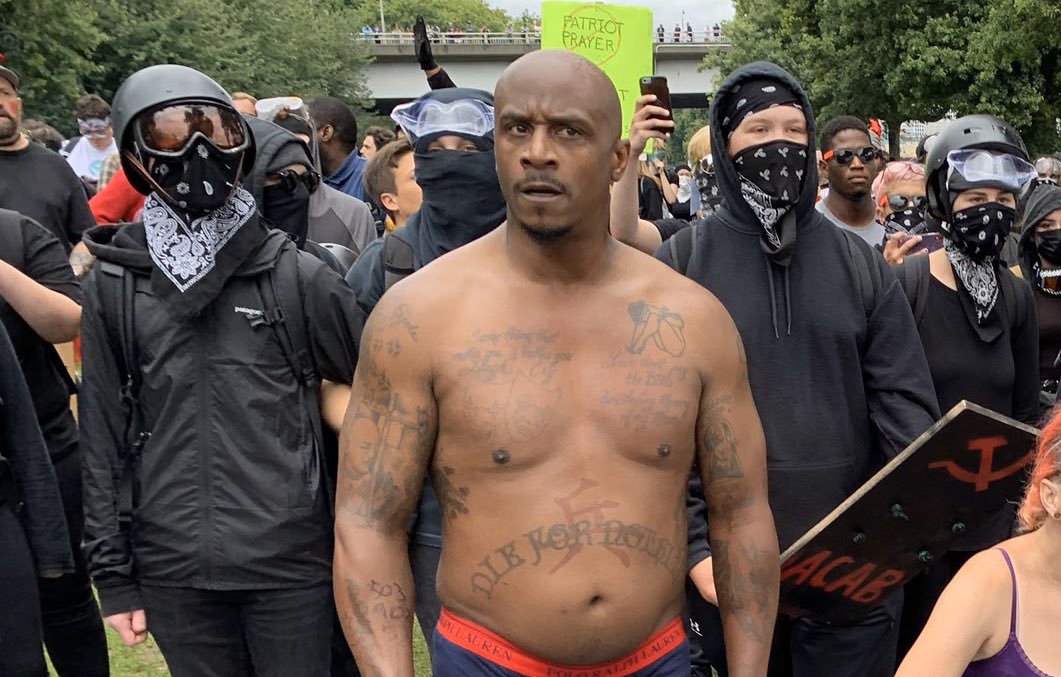 Via Andy Ngo: Antifa activist Jamal Oscar Williams, who threatened me with death last year & was arrested in Aug. in Portland for violent protesting, was arrested in Seattle two weeks ago for allegedly shouting anti-Semitic remarks at two Orthodox men. This received no media attention.

As mentioned above, antifa Jamal has been arrested for a hate crime. This comes after he allegedly screamed anti semitic remarks at 2 Orthodox Jews who were operating a booth to commemorate Yom Kippur. Also as mentioned above, this has been virtually black listed by mainstream media the same way many other violent attacks by antifa have. Currently 2 antifa are on trial in Philadelphia charged with ethnic intimidation for alleged attacks against a U.S. Marine of Mexican descent. It`s odd that these far left anti racist crusaders routinely attack and threaten people of color and sexual orientation. Gay Jewish man Milo Yiannopoulos has been routinely attacked, and earlier this summer a prominent antifa issued a veiled threat against Scott Pressler, a gay man who was just cleaning up trash to help the citizens of Baltimore. In more serious incidents, aside from the violent attacks on unarmed people at protests, an armed antifa attacked an ICE facility before being shot and killed by police, and another antifa went on a mass shooting spree in Ohio.

As for Jamal, he is part of a special crowd. The Portland antifa are one of the most obnoxious in the country and seem to operate under the free will of Mayor Wheeler. On one occasion even attacking an elderly man after they took over the streets redirecting traffic. Videos below. Recently a Portland antifa was killed after some type of confrontation leading to a hit and run and gun fire in which antifa responded by trashing the local democrat party headquarters. Links here

The arrest of Jamal for an alleged anti semitic hate crime really comes as no surprise however. While anti semitism on the right is mostly on the fringes, it is mainstream on the left being promoted by college professors, activists and even politicians. New York mayor Comrade Bill De Blasio was slammed after ignoring the attacks on New York`s Jewish community by black perps and instead blaming it on “white supremacists”. In the case of Portland antifa, they have been challenged on the streets by groups like The Proud Boys and The American Guard who despite having members of all races, religions and sexual backgrounds, are routinely called “white supremacist” groups. Whats ironic is that Portland antifa have now been charged with more hate crimes than either of these two groups put together. In another incident that mass media has curiously ignored which involves both anti semitism and their recent obsession over quid pro quos- in what is nothing less than a quid pro quo, Presidential candidate Elizabeth Warren said she would hold up aid to Israel if they didn`t do what she said.