As stated in a previous post here, mass media is running a psyop and setting a narrative. This is a constantly running theme in the Mockingbird Media. They jump on a story before facts are set in stone and push a narrative into the head of the public. They`ll use it to force corporations, politicians or whoever to do their bidding and push their agenda through before the dust even settles. It is the use of emotion over reality in issues which in most cases the narrative isn`t even legit.

In this case, while mass media, politicians and others are screaming about white male shooters, and article form frontpage mag states that “51% of Mass Shooters in 2019 Were Black: Only 29% Were White“. As stated by several research outlets however, the one factor that IS redundant is that most of these shooters didn`t have fathers in their lives. A very real conversation needs to be had on the culture itself. Blaming video games, music, movies etc is a cop out. A culture where the family unit has been destroyed and people are disconnected from their families and neighbors, the mass drugging of people, boys bad, and the mental health issues that come with all of this as well as other related issues needs to be addressed. But as per this article, we want to show you the psyop being run. I should also state, that if you do just think it`s ok to kill random unarmed people and kids, you`re a coward.

This tweet states the El Paso shooter was a white supremacist. From what I`ve been reading, even though mass media set the narrative and called the manifesto his, I`m not sure if it has actually been verified yet. Nevertheless… 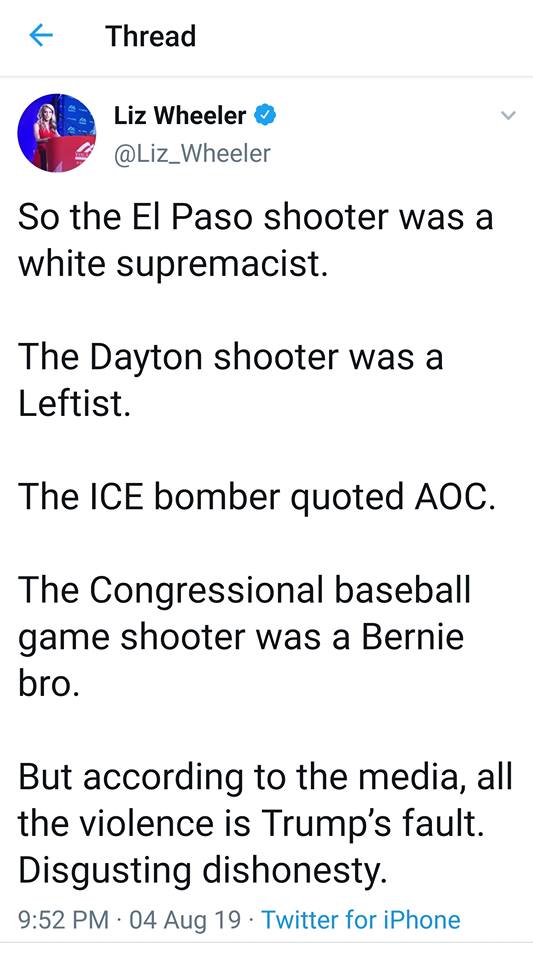 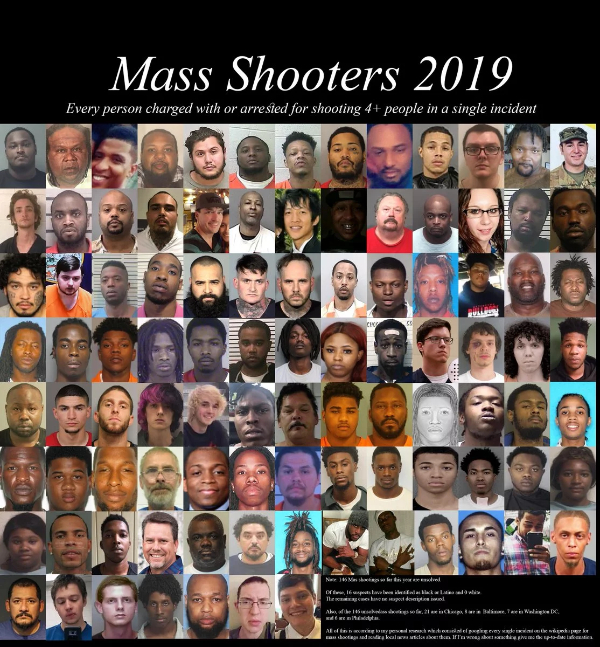