Deangelo Parnell, a 17 year old black male has been arrested and charged with 9 counts of attempted murder after a mass shooting at a highschool football game in Mobile, Alabama last night. Reports say that 9 people ranging in ages from 15-47 were shot, with 5 of those injured critically. Fortunately though no one was killed. Mobile police chief Lawrence Battiste said “This is a cowardly act by an individual who didn’t know how to deal with a situation,”, noting that the shooting stemmed from a fight involving Parnell who pulled out a gun and began firing indiscriminately.

Despite there being several news sources announcing the arrest of Parnell, the stories posted by the major outlets like CNN and MSNBC are not identifying Parnell as the shooter, saying only that a suspect was in custody. They are also not calling this a mass shooting. I guess that term is only used when it`s done by a “F*cking white male!”. We discussed this mass media psyop in our last podcast here, as well as documented this double standard in past posts. Read more of them here 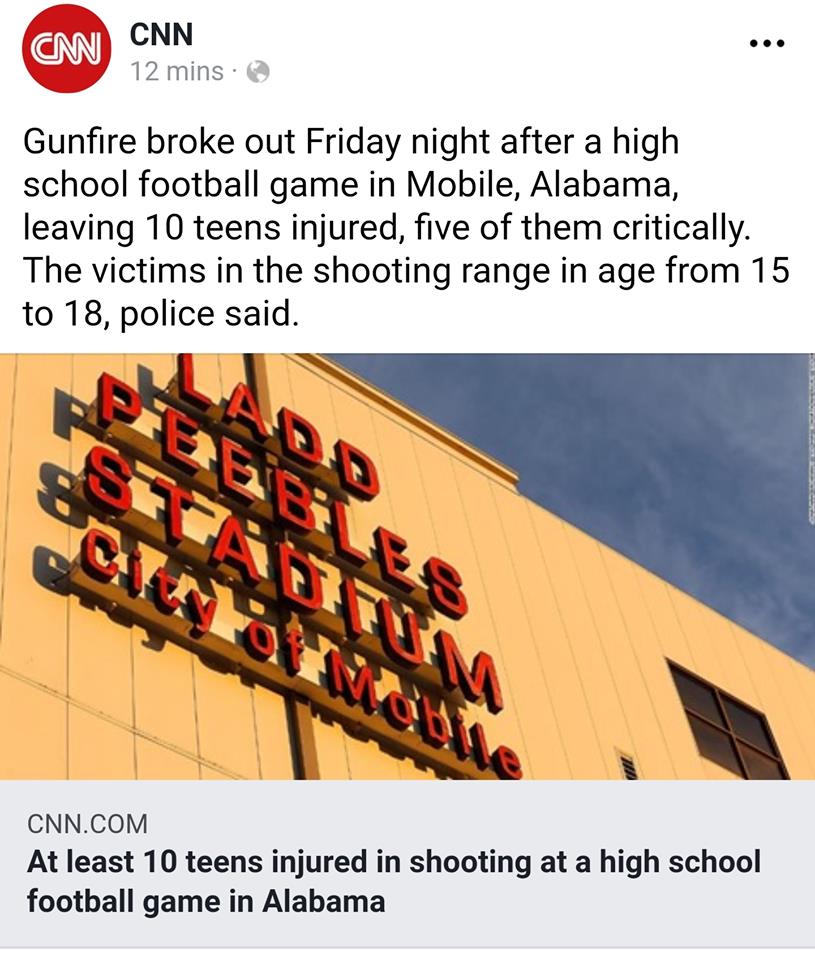 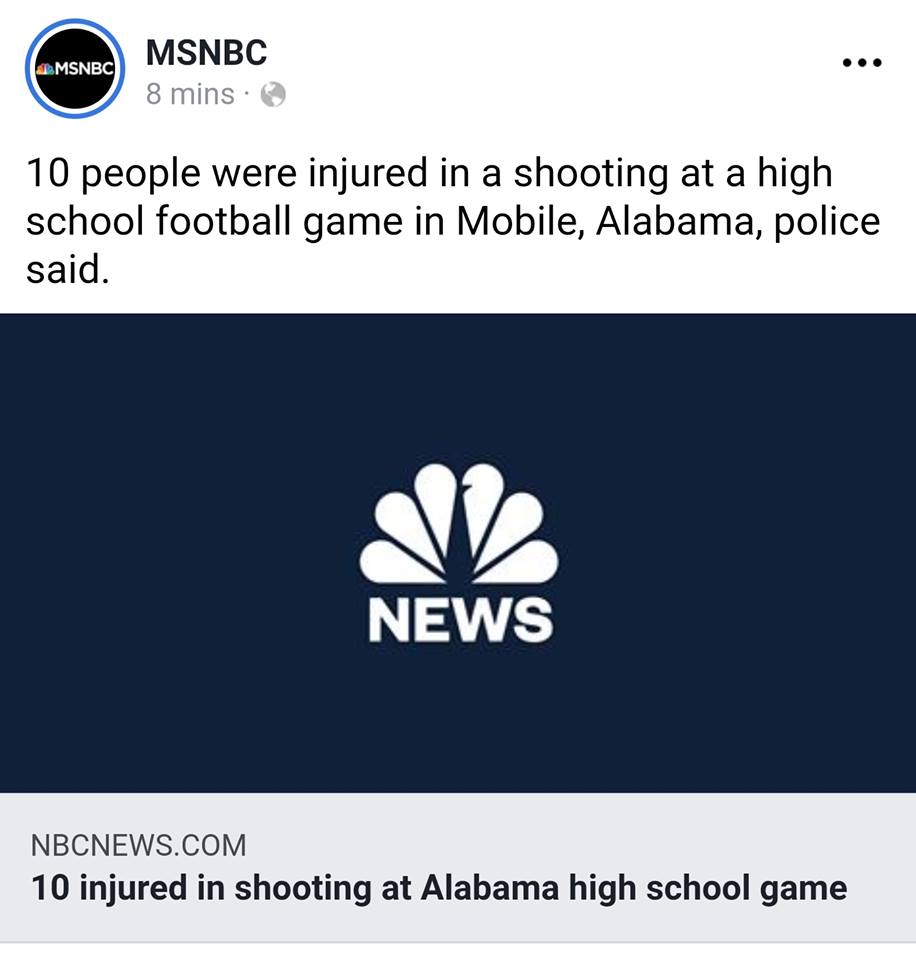