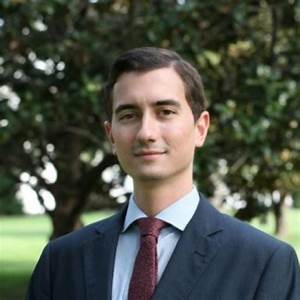 Jackson Cosko, the staffer who worked for Texas Democrat Sheila Jackson Lee, has been sentenced to 4 years in jail after doxxing several high profile Republicans during the Kavanaugh hearings. The complaint against Cosko included charges of “Making Public Restricted Personal Information; Witness Tampering; Threats in Interstate Communications; Unauthorized Access of a Government Computer; Identity Theft; Second Degree Burglary, and Unlawful Entry” and came after “the personal home addresses, home phone numbers, cellphone numbers and email addresses of Sens. Lindsey Graham, Orrin G. Hatch and Mike Lee, were added to the public Wikipedia pages…” He later released information about Mitch McConnell and Rand Paul as well as threatened to release the health information of Senator`s children, all of which was previously obtained due to his hiring by New Hampshire Democrat Senator Maggie Hassan.

Despite having a previous criminal record, Cosko was hired by Hassan as an IT administrator, a position that gave him access to all of the computer systems and data in her office. He was later terminated from that position but used a colleague`s key to repeatedly “break in” to the office, install software on computers, and download massive amounts of information in what Prosecutor Demian Ahn called “the largest data breach in Senate history.”.

Despite his criminal record and his termination from Hassan`s office, he was then picked up by Texas Democrat Sheila Jackson Lee which gave him continued access to the House computer network. It was at this time that his anger with Republicans stemming from the Kavanaugh hearings led him to release the information. Despite saying that he was struggling with substance and mental health issues, prosecutor`s argued that “The defendant operated under the belief that he was entitled to inflict emotional distress upon United States Senators and their families, simply because they disagreed with the defendant and had different political views,”. Judge Hogan confirmed this by sentencing him to 4 of the almost 5 years prosecutor`s were asking for and saying “It was a rather vicious offense,” “That was totally unjustified….We need to send a message out there. We need to have some deterrent and community understanding.”

Samantha Deforest-Davis, the colleague who`s key Cosko was using and another Hassan aide has now been charged with two misdemeanors for helping Cosko. Her case will be upcoming.