CNN`s Journalist Of The Year Admits To Creating Fake News 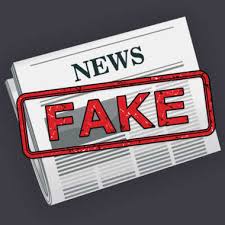 33 year old Claas Relotius, who wrote for Der Spiegel and won CNN`s journalist of the year as well as numerous other awards, has admitted to fabricating fake news.

According to Der Spiegel itself, Relotius “falsified his articles on a grand scale and even invented characters, deceiving both readers and his colleagues.” It goes on to say that:

“Since 2011, just under 60 of his articles were published in DER SPIEGEL magazine or on SPIEGEL ONLINE. By his own admission, there are at least 14 articles in question that are at least in part fabrications. Is he to be believed? Could that figure actually be considerably higher? The only thing that can be stated with certainty right now is that the work in uncovering that has only just begun.

Among the articles in question are major features that have been nominated for or won journalism awards. For example:

“The last witness,” about an American who allegedly travels to an execution as a witness. The “Lion Children,” about two Iraqi children who have been kidnapped and re-educated by the Islamic State. And “Number 440,” a story about alleged prisoners at Guantanamo.“

The Hollywood Reporter states that

Further fabrications by Relotius included a phone interview with the parents of American football player Colin Kaepernick, who protested police brutality by kneeling during the pre-game singing of the national anthem, Spiegel said. Another was reporting that a sign on the edge of a Minnesota town read “Mexicans Keep Out,”

And Fox News reports that

Relotius also drew the fury of locals in Fergus Falls, Minn., after spending three weeks in town and fabricating facts, characters and quotes from people in an effort to portray the town in a negative light.

Both Anderson and Krohn went on to reveal that the article doesn’t contain any truth except for the town’s population, the average temperature, and names of the businesses or public figures.

Nearly everything else, including a coal plant employee named Neil Becker, who doesn’t actually exist, or quotes from a restaurant employee, who was falsely called the owner of a restaurant and whose son was given a fictional illness, was made up.

Fake news has been brought into the spotlight since the election of President Trump, and the biased reporting by “trusted news networks” has especially been revealed. An article we wrote here goes into how mass media manipulates stories to advance an agenda, and we`ve also pointed out many stories that for some reason are ignored by mass media. Finally, in the last Label 56 Indie Media News Podcast I discussed media manipulation as well.

This all goes back to the point to not take everything for face value until you get all the facts available to you and examined them the best to your ability. And even then, ask questions.