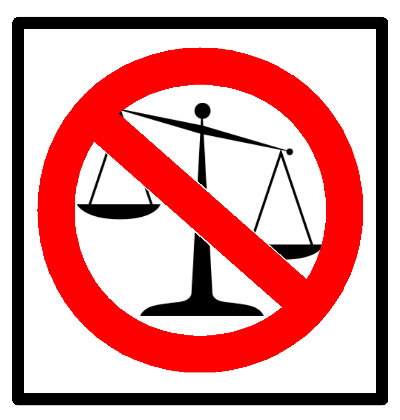 This is one of those stories that if the roles had been reversed there would be massive protests and nationwide news headlines. The story as posted by Yahoo news is that 55 year old Joseph Magnuson (who is white) began yelling at a fed ex driver who he said was driving too fast through a Portland neighborhood where Mr. Magnuson had been living in his van. The driver, Timothy Warren (who is black) then stopped the truck and confronted Mr. Magnuson. It was said at that time an argument ensued and that Mr. Magnuson began yelling racial insults at him, which then escalated into a physical confrontation leading to both men throwing punches. The punch from Timothy Warren proved to be fatal when Mr. Magunson fell and hit the ground. Prosecutors have said they have decided not to charge Warren because according to Senior Deputy District Attorney Adam Gibbs, he acted in self defense and that the death from the fall was a result of Mr. Magnuson`s poor health. Timothy Warren, he said, was “within his legal right to challenge Mr Magnuson’s racist vitriol”. He also noted that “Oregon law does not carry a duty to retreat provision that would have required Warren to reasonably remove himself from danger.” In short, Timothy Warren is being given a free pass and it seems that Mr. Magnuson`s “racist vitriol” is one deciding factor. While Oregon law may not have a provision to remove oneself from danger, Timothy Warren was not in danger when he made the conscious decision to stop his truck and confront Mr. Magnuson, which ultimately led to his death.

Many radical left commenters on social media have celebrated the death of Joseph Magnuson because he was a “F*cking white male!” and made the poor choice to use words that they do not like. They have think the death of a man is to be celebrated because they disagree with his choice of words. These are the same people who just a few months ago were up in arms after Florida refused to prosecute a white man who shot and killed a black man after he confronted him in an argument. It was noted in that case Florida has Stand Your Ground laws which justified the lack of prosecution. Mass media was heavy on the racially charged propaganda in this story with both headlines and articles emphasizing the racial component of this. Some headlines even read “White man shoots black father…”. It should be noted that there were no headlines in the Joseph Magnuson case saying “Black man kills homeless white man” etc. In fact there has been no real news at all about this, and especially none addressing the wrongful death of Mr. Magnuson. However in the  Florida case, aside from the glaring difference in mass media reporting, public pressure from civil rights groups, politicians and more later led to manslaughter charges being filed. Had the roles been reversed and you can be sure you`d hear about it. Ask yourself why such stories don`t receive the same attention. What is mass media`s real agenda? And why aren`t there civil rights groups and lawyers defending these issues for us? As we`ve stated many times in the past: Civil rights and the right to represent your people is not something that should only be afforded to “minorities”. Racism, hate crimes and discrimination exists across all borders. Why aren`t there any local anti racist groups or politicians issuing statements or planning protests. There are no calls for a day of healing, no rallies against hate, nothing. Why not? The denial of civil rights for any group or class of people only ensures their exploitation and victimization. We need legitimate organizations working alongside the Black Caucasus and NAACP, CAIR, La Raza etc in D.C. For the past 30 – 40 years those who were supposed to be representing European Americans have said don`t vote, don`t get involved in the system because it doesn`t represent us. What did we get for our alienation? Exactly the nothing we have now. That needs to change. The more you advocate doing nothing because you don`t like the way the laws work against us the more you allow the system to exploit us and discriminate against us. Get out and get involved.