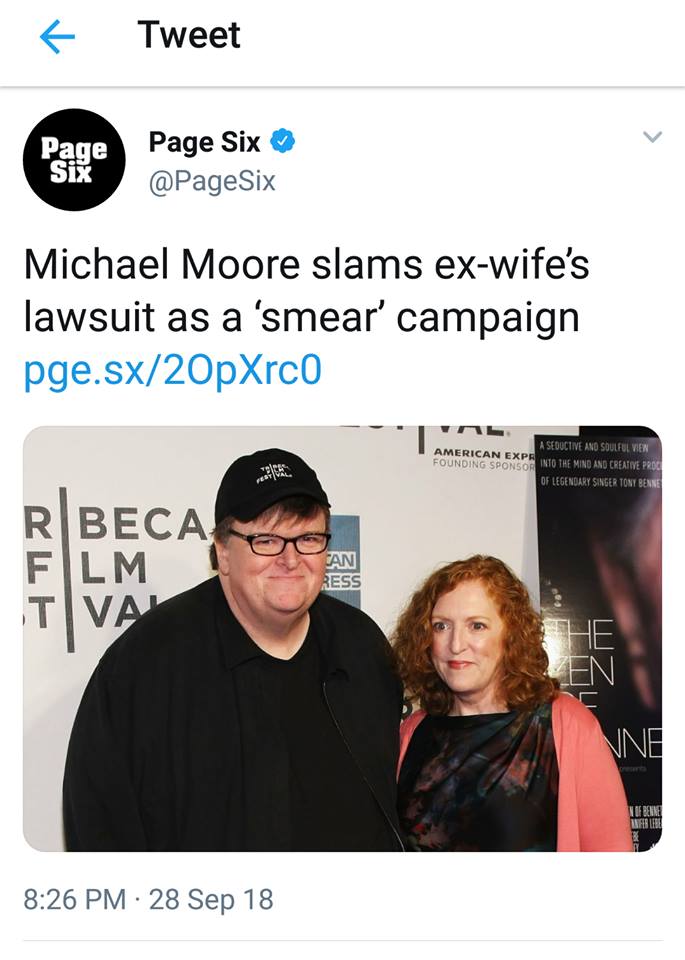 In a disgusting attack on the integrity of a woman, a lawsuit filed against Michael Moore by his ex wife Kathleen Glynn has been called a malicious campaign designed to smear him in the press with false allegations. The lawsuit stems from his ex wife Kathleen Glynn who says that he is stiffing her on profits from movies that they collaborated on. According to Page Six:

Glynn claims Moore’s trying to obtain all the benefits of their 2014 settlement in which she “signed over essentially all of her interest in the fruits of the parties’ joint efforts as film-makers … in exchange for a promise of future revenue-sharing by” Moore.

He was supposed to pay her 4 percent of total revenue from his creative works — but he gave her just $541 in 2014, the suit says. That means he would have pulled in just $13,525 during a seven-month period, according to court papers.

To start with, 4% of total revenue does not sound like good socialism practices, but then again socialism only applies to the rich when it is other people`s money. Secondly, as mentioned, this is a disgusting attack on the integrity of a woman. If it weren`t for double standards the left wouldn`t have any standards at all