This Week In Racism 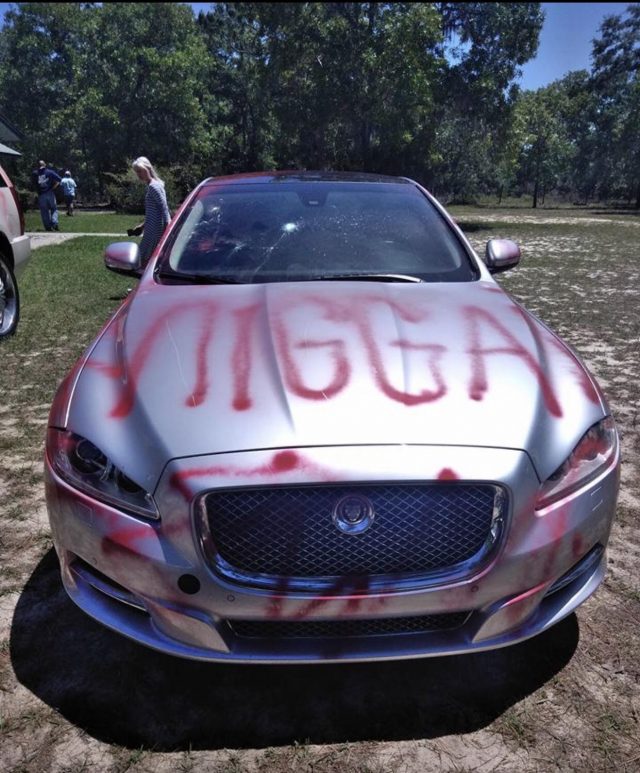 In the past we`ve run stories titled- Today`s Headline In Racism with the purpose of showing just how idiotic the left has gotten with their claims of racism. The intent of these posts is to also show the double standards in what is called racist and what is not, and how it is addressed by mass media. Whether it`s creating racism out of nothing or committing Fake Hate Crimes, not only do these things instill fear and distress in those who are supposedly the victims, but it also creates a backlash and unjustified hatred against whites who are already regularly targeted as a group for collective racism. In short, it does nothing but create division and hatred between groups of people as a whole- those who think they are being victimized and those who are falsely accused of victimizing them.

As mentioned, these stories are usually posted individually, but the last 2 weeks have had so many of them that we`ve decided to combine them into one post.

To start with, there have been several stories involving the police and black motorists. One of those involved is the President of the of the Timmonsville, S.C., NAACP. The Rev. Jerrod Moultrie claimed in a facebook post that he was profil

ed by an officer for driving a Mercedes and going home in a nice neighborhood. (Race hustling must make for a pretty good pay day) He made several other accusations claiming that he was racially profiled and felt like the cop was going to shoot his wife and grandchild who were in the car. After hearing the story a local activist obtained the body cam footage from the cop. Of course the footage tells a different story. It also doesn`t look like anyone else is even in the car with him. You can watch the video on youtube here. If this is how the naacp operates, by making false claims in order to create racism and division, then they need to be disbanded. An investigation is definitely in order. In Virginia, a black woman who claimed to have been put through a traumatic experience after being pulled over by a white cop is having her story challenged as well. Dawn Hilton-Williams’s 11 minute rant on facebook included her saying she was just bullied by a racist cop who threatened to pull her out of the car as well as her saying she was fearful of being lynched. But after bodycam footage was released, her story has fallen apart as it shows her being aggressive with the cop as soon as she was engaged asking where the speed limit sign was and then later refusing to sign the ticket. Stephanie Lawson-Muhammad, a South Orange and Maplewood Board of Education member in New Jersey claimed she was scared of police because they hurt black people. Just like the previously mentioned cases however, this is obviously a contradiction as she was caught on camera cursing at a police officer and also called the police chief a skinhead after being pulled over for speeding. If people are scared of the police you`d think they`d be doing as little as possible to not escalate the situation, not being intentionally confrontational. It makes you wonder what is really going on with them. In Baltimore, Marvin McKenstry, the chairman of the police oversight panel aggressively engaged a police officer during a traffic stop refusing approximately 60 requests to show his license and registration. This caused the traffic stop to last 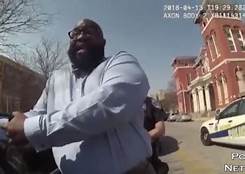 almost an hour as he repeatedly refused to cooperate. After bodycam footage of the traffic stop was released, McKenstry resigned from the police oversight panel. Race hustler Jeffery Shaun King (Talcum X) regularly posts about stories of blacks being harassed by cops such as those mentioned above. While doing it under the guise of #BlackLivesMatter, what he is really doing is feeding into the anti cop sentiment that many of these people are falsely creating. It`s pretty evident that he has an agenda here by his refusal to memorialize black cops who are murdered. College campuses are an arena ripe with racism: however, the real racism in colleges such as targeting whites in “white privilege” courses designed to inflict shame on them as well as discriminating against whites in school events and even dorm rooms are never addressed. What did make national news recently was the story of black students being rushed off stage during their graduation for refusing to follow the rules and were dancing during the ceremony. Not mentioned were the white students who were also forced off stage for the same thing. Another story was that of Lolade Siyonbola, who had the cops called on her by a white woman for sleeping in the common area at her college. This “racism” made national news with the college saying they need to become more inclusive. However the story last month about the No Whites Allowed Pool Party received zero national attention. Another story out of Berkeley in which students formed a blockade on the bridge and forced the white students to walk through the creek also made zero national news or calls for inclusion. There are plenty more stories like these that never get attention. Fake hate crimes have become rather popular as everyone wants that purple heart of victimhood. We`ve documented many of these on our site here, and we continue to document them as they are particularly disgusting in their intent, as was mentioned in our opening paragraph. In this story Nakea Darisaw claimed that someone spraypainted “Nigga” all over her property and her car in red spraypaint, set fire to the woods outback of her house and cut her phone lines. A go fund me 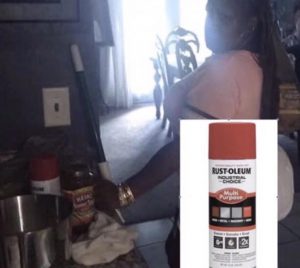 page was set up and she had upwards of $7,000 donated so far. Her facebook page as well as the go fund me were taken down shortly after as people suspected the vandalism to be self inflicted. Among other things including the word “nigga” instead of the more racially derogatory one being spraypainted, was a post from her daughter saying “We gon be rich soon hold on”. In the picture a can of red spraypaint is clearly seen. Out of California comes the story about std`s being on the rise. There have been many news articles talking about this, but the LA Times takes it one step further. They have made the claim that std`s are rising because of racism. They claim that the poorer and less educated are more susceptible because they don`t use protection, don`t follow their treatment rules, and are more likely to engage in risky sexual behavior. In other words, they are using racism to absolve them of their poor decisions. 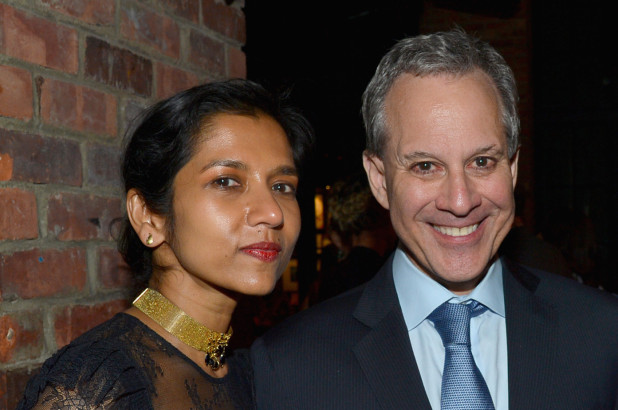 The one story that is legitimately racist has been ignored by mass media. Disgraced former New York State Attorney General and #MeToo hero Eric Schneiderman, resigned after allegations of violent sexual abuse came to light. Mass media reported this but for some reason they almost all failed to mention in their reports that he is a democrat. What has also failed to make any headlines is that one of his girlfriends-Tanya Selvaratnam who is from Sri Lanka, claimed that he called her his brown slave and wanted her to refer to him as master. She claims he would slap her until she did so. We wonder why this obvious case of racism is not being reported.