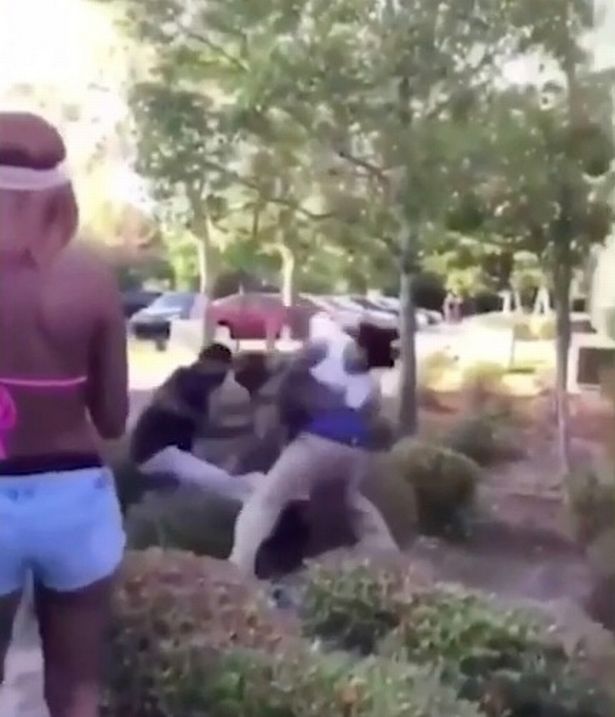 While mass media continues to get everyone up in arms about 2 black men who were arrested at a Starbucks for REFUSING TO LEAVE WHEN ASKED TO, a brutal beating of a white security guard by 3 black teens is being completely ignored. A quick google search shows only an article from the local newspaper and one from a news outlet in the UK. Nothing appears on this from any of the major news outlets that have been covering the fake Starbucks story. The only one covering it- The Miami Herald has just a one line statement saying “A security guard from Tallahassee, Florida, was brutally beaten by three young people, after he asked them to end a pool party that was held “without authorization” on April 1, 2018. Officers are now looking for the aggressors.“

Why aren`t there any outlets addressing this hate crime? And why aren`t there any civil rights groups to address this? As we`ve said before: Civil rights and the right to represent your people is not something that should only be afforded to “minorities”. Racism, hate crimes and discrimination exists across all borders. The denial of civil rights for any group or class of people only ensures their exploitation and victimization. We need legitimate organizations working alongside the Black Caucasus and NAACP, CAIR, La Raza etc in D.C. For the past 30 – 40 years those who were supposed to be representing European Americans have said don`t vote, don`t get involved in the system because it doesn`t represent us. Meanwhile, in the same amount of time that lack of fight has allowed the left to completely take over, and like it or not they are organized. How many national magazines do we have that are writing positive stories about rich athletes we have that are donating to charities that we have in cities across the country? How many social activists do we have speaking to kids who are reading books we’ve written in classes in schools and creating future activists? They have all of that. What did we get for our alienation? Exactly the nothing we have now. That needs to change. The more you advocate doing nothing because you don`t like the way the laws work against us the more you allow the system to exploit us and discriminate against us. Get out and get involved.