MAJOR roads in South Africa were brought to a crawl on Monday by thousands of white farmers protesting a wave of brutal farm attacks in the country.

Participants wore black in memory of those killed. At the same time the protests were taking place, an elderly man was hacked to death with a machete on his vegetable farm in the northern town of Vryheid.

According to AfriForum, the murder of Bokkie Potgieter brings the total number of white farmers killed this year to 72 in more than 340 farm attacks, which are typically characterized by extreme brutality, rape and torture 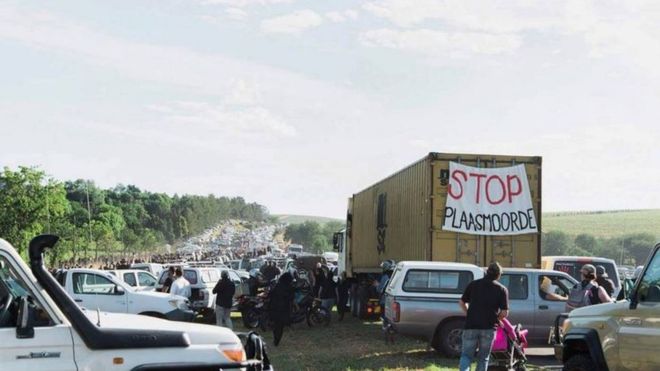 Earlier this year, Mr Zuma called for the confiscation of white-owned land without compensation, echoing rhetoric from Julius Malema, leader of the left-wing Economic Freedom Fighters party. Mr Malema was last year slammed for telling supporters the he was “not calling for the slaughter of white people‚ at least for now”.