Posted by Label56 in Blog | Interviews

Below is a brand new interview with Moshpit. It was originally posted on Mustasydan here 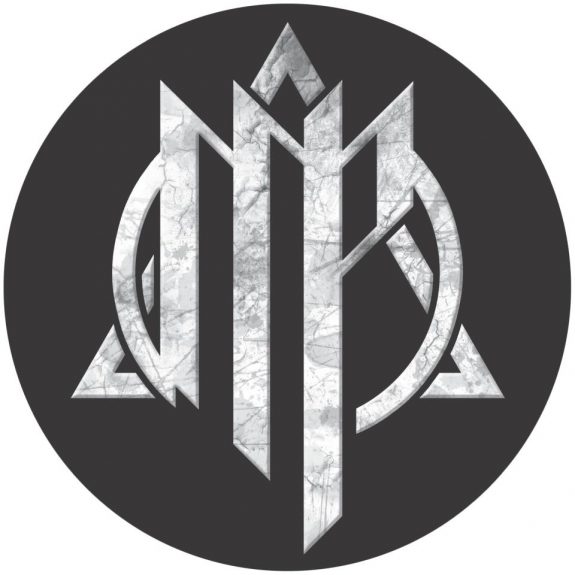 Hey and thank you for this interview. Can you first tell me something about Moshpits history?

Moshpit was established in 2001 with Leftovers of another band. The first songs were made quickly, filled with angry lyrics, and with an Oldschool Hardcore style. In 2002 the band was complete and they mastered many shows all over Germany, Belgium and Spain which gave them a good reputation. In the year 2004 a Split EP with PATH OF RESISTANCE was released by the Label SFH Records. The titles contributed by Moshpit were demo recordings of the band practice room. In the year 2005 there was a change on the guitar. Then the band bio started from zero because the guys discarded all their previous song titles. In 2007 the first CD “Mirror of an unbroken faith” was recorded with OPOS Records. Shortly after the recordings the band found a second guitarist who was already featured in the video track, on the CD. At the end of 2008 the Split CD “ONE FAMILY PART TWO” was released, on which MOSHPIT appears with 4 songs and a live video track for the song “Revolt from within”. In 2009 we separated from our singer, and after a few tries we now found the perfect singer for us.

What are the biggest musical influences for you guys?

Our musical influences are as different as us 5 musicians. Already with the first album we have set big value upon covering many different tastes and genres to reach as many people as possible.

You will release new album soon can you tell me something about it?

For the 10th Band Anniversary we are going to release our 2nd Full Album with 10 songs which combines Metal and Hardcore on a high quality level; in both, lyrics and music style. We recorded again at a “mainstream” studio to achieve the best possible results. The compositions are now more sophisticated and direct but they are not missing the typical Moshpit melodies either. The lyrics became much more political but again they were wrapped in a way that they don’t disgust anyone but encourage to think about it all. There will be two versions of the Albums, a normal version and one as a “mediabook”, on which you can find a new music video of us. Also planned is a Picture LP. We hope that the listeners like the “new/old” Moshpit songs and some also dispute with our message. 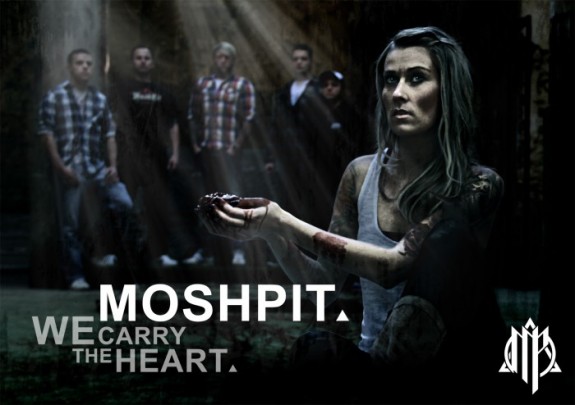 Have you had many lineup changes and what is the current lineup?

After we separated from the singer of first Album, we tried 3 new front men in the last three years; until now we eventually found the ex singer of the band “Voice of Justice” as the perfect fit for our determined goals.

There’s lots of great bands in East Germany, does anybody have other bands in Moshpit?

Other bands in which Moshpit Members performed are Confident of Victory, Brainwash, Hope for the Weak, Blutzeugen, MySanity, Selbststeller and also many other non-active bands like Might of Rage, Wewelsburg, Forbidden, Sawdust, Outlaw…

What about political activity, you guys support or work with any movement?

We aren’t members in any parties or organizations because, at the moment, we consider it as counterproductive. As an independent cell, of course in teamwork with others, one can reach more as a member of a party that has to play by the rules of the democratic system. In Germany most parties and organisations are infiltrated with informants of the system which instigate harmful actions and cause trouble from within. Of course, this should not mean that we deny any cooperation with for example the NPD; the possibilities that a legal party offers, either to register demonstrations or any other ways of public propaganda shouldn’t be underestimated and used completely.

For us, there are no different music scenes; we all pursue the one and the same goal and should use the music as a means to an end. It is one of our most important Propaganda Weapons and one should always use it in all ways, therefore it doesn’t matter which kind of music someone is making, as long as the goal is set to achieve great and positive impact. As more people that get in touch with it, even if they just start thinking about our messages through the music, the better.

The brand Suizidal Clothing, what is the story behind it?

The history behind DBS is simple, modern and ordinary clothing which attracts the youth and still provides and spreads a positive message.

You’ve played quite much abroad; Italia, Russia, Finland, USA, etc. And the audiences varies from country to country, but is there a anything similar?

Surely its the same in all countries; the desire for freedom and the struggle for a decent life in the capitalistic wonderland. Of course, there are differences in different countries; the hospitality, the direct political aims, the clothing style and the associated “subculture” feeling; I think with our appearance and the new music style we have achieved a lot as messenger for a great movement without stereotyped thinking. Haha

You played 2008 in ”West Coast Hardcore Massacre” in Finland Do you have any special memories of that gig? Or are the memories only from ”Club Marilyn”?

It was a very nice evening, with a mixed audience and for many in Finland a new experience in music and clothing style. Something that stuck in my memory is the “dance bear” (Musta edit. Mr Mosh) which was brought by our friends from Path of Resistance; he went temporarily K.O. and then continued his own party. “Club Marilyn” was unique, we hope it was the same for you…haha 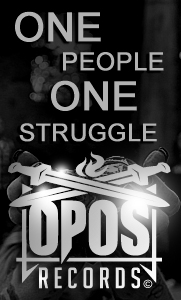 You also work with the record label ”One People One Struggle” which has produced a lot of great records, can you tell something about its history and future plans too?

One operator of OPOS Records also plays in Moshpit, so one can say that we are part of the Whole. The history is explained simple because we made partly bad experiences with other labels as musicians in other bands, so in 2007 we decided to self produce our first album and that’s the origin of OPOS Records. It was suppose to be just a label for our own bands and friends bands but it developed within 5 years into something larger and there is no end in sight. There are many future plans and we are working on great projects; just stay surprised.

And what does the future hold for Moshpit?

Good question, we will travel around the world for another 5 years until we get to record our third album but who knows, maybe things turn out totally different as well. We thank you for your interest and we wish you great success for your upcoming plans.