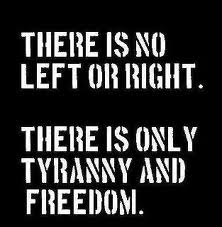 For those who don`t know, conservative writer Pat Buchanan was fired from his spot on MSNBC recently due to pressure from the neo fascist left. Ted Nugent once again has written a great article blasting the left and their hypocrisy as well as their attempts to impose their world view on everyone else. You can read that below. One comment I would like to make is this- The recent firings of people like Judge Napolitano, Pat Buchanan, as well as the ostracizing of people like Mel Gibson and Merlin Miller from Hollywood may not be a bad thing. It is this ostracizing of people and ideas from the left controlled media that leads to new ideas and new media. It is how WE control OUR own music scene. If people like Pat Buchanan, Mel Gibson, Judge Napolitano, etc would get together and pull their resources, they truly have the ability to create a totally new media outlet, whether it be a tv network, movie network etc. I hope someone can reach them with this idea.

Air America, the left-wing syndicated radio station, died in the marketplace. It could not sustain itself because its business model was flawed from the start. Americans did not listen.

Air America died a just death. When a business such as Air America offers a product that virtually no consumer wants, it is dead in the water. That’s how that works. Rightly so.

Like Air America, left-leaning National Public Radio would also go out of business if it had to compete in the marketplace and was stripped of all public dollars that artificially prop it up.

Left-wing cable television MSNBC is next. Its ratings are dismal. Like Air America, MSNBC offers a product that virtually no one wants. Its leftist programming does not send shivers up the legs of Americans.

And so what does MSNBC do? It caves in to left-wing media goon hit squads who pressured the failing network and its advertisers to fire the only guy on the network who consistently made sense.

Author, columnist and presidential candidate, Pat Buchanan, was fired by MSNBC for doing nothing more than voicing his rock-solid conservative thoughts on the otherwise failing network.

Because leftists cannot win the argument with pragmatism, common sense, intellectual rigor and facts, they resort to anti-American guerrilla warfare tactics by contacting whichever media outlet hires conservative voices and their advertisers to pressure them to silence those voices. That is so American of them. Che Guevara would be proud.

Leftist extremists employed this tactic against Glenn Beck when he was on Fox News, and used it against radio talk-show host Michael Savage and other conservative commentators.

Ironically, it is those on the left who claim America needs to be more open, accommodating and tolerant to divergent views, thoughts and lifestyles. The truth, however, is much different. Leftists despise anyone who does not support their socialist agenda.

The real message of the left is intolerance, zealotry, bigotry and hate. The left has no use for the First Amendment or the rest of the Constitution unless it fits their multicultural, euro-socialist agenda, which is failing all across Europe and everywhere it is practiced.

Because the foundation of the left is largely built upon lies, emotions and intellectually bankrupt ideas, the left resorts to character assassination to try to silence conservative commentators, who easily pick their platform and agenda apart. Left-wing media zealots also resort to throwing pies at conservative speakers and trying to shout them down.

While leftist extremists may have been successful at pressuring MSNBC to drop Mr. Buchanan, the couple of hundred or so Americans who actually watch MSNBC’s left-wing drivel will now become even dumber now that Mr. Buchanan is no longer available to offer them a real education steeped in facts and sage wisdom.

The bottom line is that left-wing media do not do well in the marketplace because they offer a product that few Americans want to listen to, read or watch.

MSNBC actually did Mr. Buchanan a favor by firing him, as it is never wise to be the last one to flee a rapidly sinking ship.

Ted Nugent is an American rock ‘n’ roll, sporting and political activist icon. He is the author of “Ted, White, and Blue: The Nugent Manifesto” and “God, Guns, & Rock ‘N’ Roll” (Regnery Publishing).