Dee Ex is a female rapper from Germany who creates music and lyrics based on the love of her nationality. This of course has brought harassment from the Neo Fascists of which you can read more here. You can visit her blog here and sample more of her music here 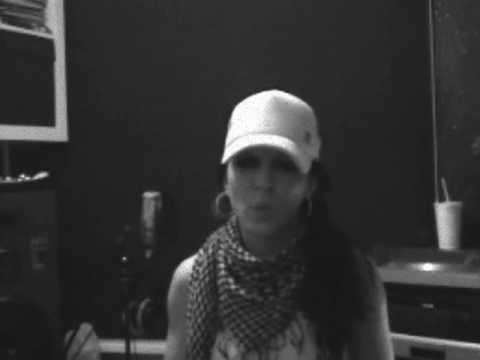 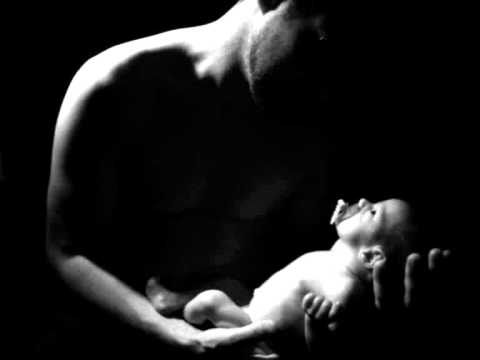 The interview below is with Dee Ex. Some has been lost in translation but the overall context is clear. You can read the interview in the original German text here.

“Ex Dee” called the dainty little woman from East Berlin, which is infused with pro-German rap music scene. Before long, of the violent and their links ANTIFA rag-writers of the accusations leveled against the right artist. PAZ spoke with Dee Ex

ETA: Why do you make music?

To share my passion. I process my thoughts and feelings in music.

ETA: Why did you choose for RAP ?

I have not decided. It worked out that way, because you can not distribute all of the emotions on a scale. Rap does “rhythm and poetry” (to dt = rhythm and poetry); now I sing to “complain” no.

ETA: You talk about emotions, what bothers you about Germany?

Hardly anyone wants to be more sincere in German and protect his country from internal and external attacks. Anyone tried it yet, is vilified by the NAZI and ANTIFA – nearly one can claim – “politically driven”.

ETA: You want to emigrate, to seek asylum elsewhere?

No. Here I have “life sentence” – I live in Germany, the land of my ancestors, and thus my home, I am committed to including all the ups and downs without “red” to be.

ETA: A piece of you is highlighted in a movie newsreel scenes, one sees Wehrmacht soldiers.

Credit where credit is due. General de Gaulle once said, rightly, that we might recognize the character of a nation by how it handles after losing a war with his soldiers. I wish the young people of today would have the backbone for the generation of warriors. Ultimately, I lament the lack of character that is the Anti-Germans and the cowardice of the follower.

Self-esteem, patriotism, and direct democracy. We must set a good example – we had a bad long enough. We need a critical, demanding right people that no longer tolerates everything, what is dictated to him and we need politicians who stand up for our country. So instead of Steinbach Merkel, instead Gauweiler Westerwelle etc. would then gained a lot. With my music I want to contribute my share to a positive development. As has been seen in Vienna, can cause a lot of rap music.

ETA: But Austria is not Germany

No? Not? But something similar to the OESIS us already! I really like it and what is going to be there, but must also implement.

PAZ: Well – we come to the OESIS Özil. Here is the fully integrated?

I can not look into him, but he at least makes the impression that he would be there. I was very happy about his decisive goals for Germany. He apparently committed to our country because he wanted to play in October, not for Turkey, but for us. He should serve as a model to improve integration and unwilling to think.

ETA: What do you think about the migrants who have so insulted him in front of the camera as a “German pig, potato and son of a bitch”?

Since the failed foreign policy of our country is clear. These “fans”, the Turkish nationalists show so that they do not want to be integrated. Thanks for the German education and a financially secure life in Germany is hatred and rejection – you obviously want to do with our country have nothing. If they want to go, then they should do it finally, and not just complain.

ETA: The Antifa have acussed you of being a NAZI?

Because they have no arguments. The new fascism is now sometimes called anti-fascism. Whose totalitarian way of tackling dissidents remain the same as those they pretend to fight. These mostly extremist thugs and arsonists should not take more seriously, but seriously educate and blame.

ETA: What would you tell them?

The care of the nation, the love and loyalty to their own people make a welcome and respect for the alien only credible. They do not signify that we despise other nations. Conversely, more of a shoe out of it. This anti-German hypocrites pay homage to all other peoples and think they would hate for one’s country and destroy. They deny their identity and think they are something better, as long as they harm Germany and its loyal citizens.

PAZ: That the dispute but in the usual manner and then turn around to.

Regardless propagate what links fascists, I am and remain an honest patriot who loves his own country and other respects. Horst Köhler once said that patriotism and cosmopolitanism are not opposites – they are interdependent! I see it. What I hope for Germany, I do not begrudge any other country. Ausländertümelei or not the forced mixing of cultures is coordinated destructive hypocrisy and serves only the reassurance of a bad conscience. That should make our neighbors and guests really suspicious.

ETA: Now we are sometimes indiscreet, what have you voted in the last election?

I have a big cross on the ballot across chosen freedom. We do not need a policy with which the people do not agree anyway. In a song I call: “From the people for the people – Selects national,” which assumes that there are selectable conscious folk parties and perspectives. It is not, as long as everything is branded right-wing patriotic than you and the right not to cramp in “the fight against violence and stupidity” converted.

ETA: What have done wrong, the do-gooders that they feel so guilty?

I do not know. His German is certainly not a crime, so I can and must understand the cult of guilt either. To paraphrase the words of a “German patriot”, Count Stauffenberg, “Long live holy Germany.”