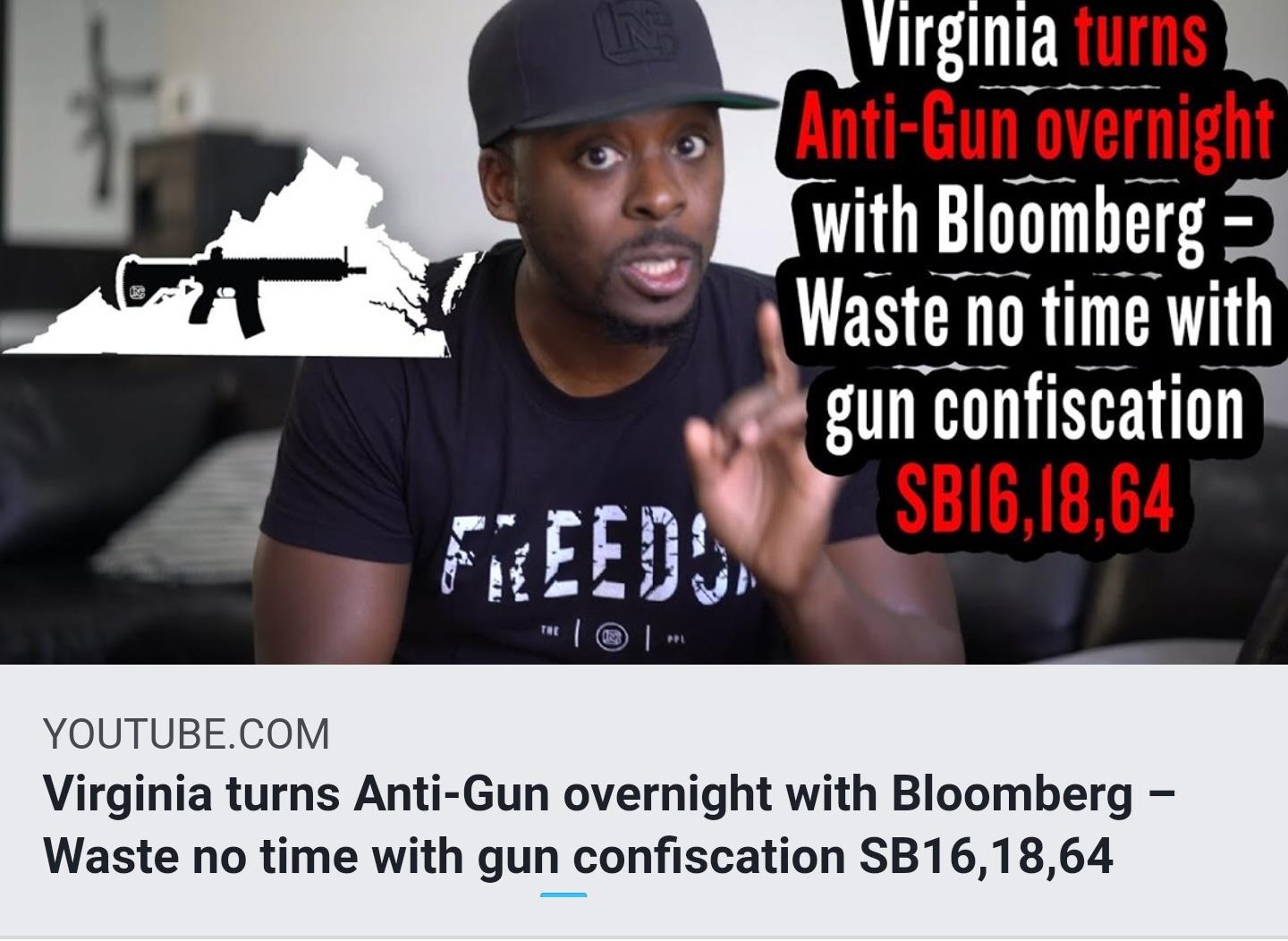 When democrats say they don’t want to take your guns, they just want common sense gun legislation, but then they get in power and make everything illegal and also enact a no grandfather clause which means they’ll take the guns you already own that they just made illegal.

In the course of one single election, what was once a state with some of the most liberal gun laws in the country, Virginia has become one of the most repressive anti Constitutional / anti gun states overnight. Check out the video below for a quick breakdown of some of the drafted bills expected to go into effect next year. In response, there have been over 20 counties who have declared themselves gun sanctuaries. At the least, these people need to be recalled for failing to uphold their oath to the Constitution. Keep an eye on Virginia next year, things could get interesting in the gun rights legal battle.