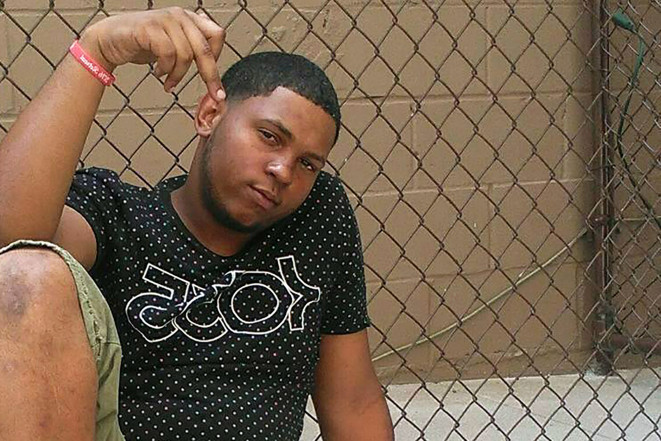 24 year old Rodriguez “Randy” Santos came to the U.S. just 4 years ago, and in that time he has racked up a pretty lengthy arrest record. According to police, he has six unsealed prior arrests and 11 sealed arrests ranging from violent assaults including one where he choked and bit a man at an employment agency after jumping across the counter to attack him, to theft to sexual assault. He`s also been arrested several times this year with 2 of the charges being for an assault on a man at a homeless shelter with a metal pipe as well as groping a 19 year old female outside an apartment building. According to Spectrum News New York, in those two cases he didn’t show up for court and didn’t meet with counselors. After warrants were issued for his arrest and he spent a few weeks behind bars, a nonprofit group posted bail so he could be released. His mother says he had been kicked out of their house after not only attacking her but his grandfather as well.

Last weekend he was arrested again, this time charged in the murder of 4 homeless people in Manhattan, New York`s Chinatown.  The attacks started at 1:30 am last Saturday morning when Santos is alleged to have walked down the street randomly beating homeless people with a three foot long 15 pound metal pipe as they were sleeping on the street. There were 5 victims all together with 4 of them dying including an 83 year old man. Santos was arrested after 2 witnesses saw him beating the final victim and called police. They arrested him still holding the pipe which had blood and hair on it.

The big question here is- Why was Santos not sent back to the Dominican Republic after the first arrest for assault much less over a half dozen more arrests ? If you come to the country and prove that you are not a productive member of society then your right to stay should be removed.