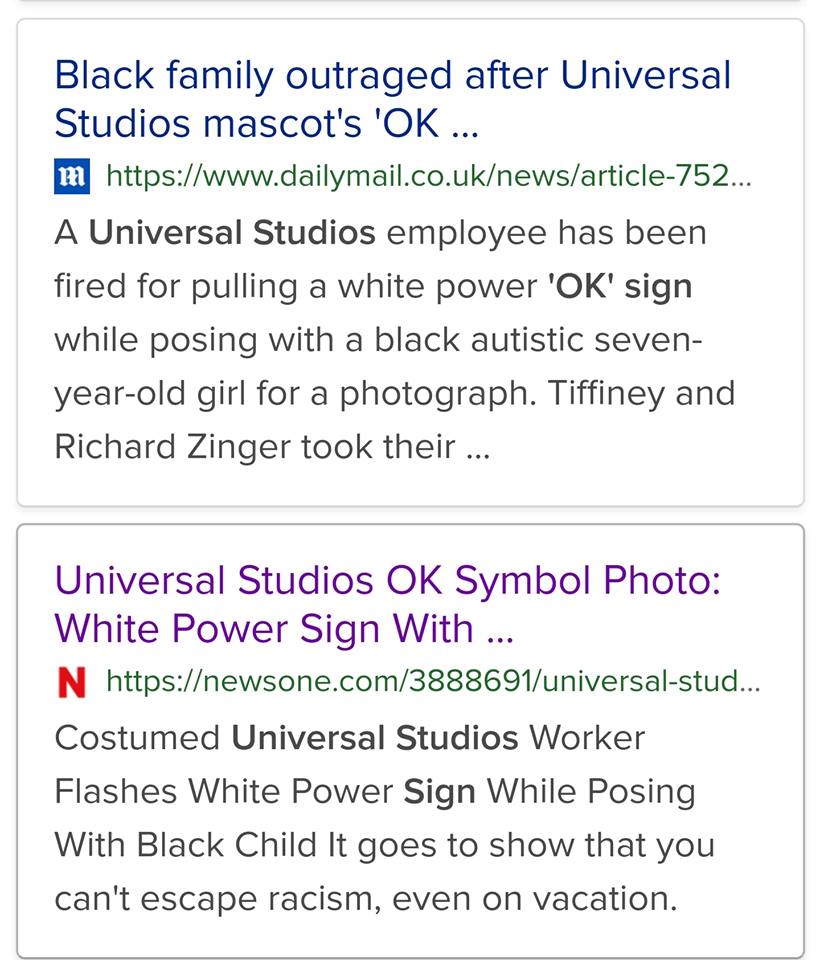 Aside from the story about the black girl who said 3 white boys held her down and cut off her dreadlocks at her school, the story about the Universal employee making the OK sign in a photo with an autistic black girl was the latest outrage in racism running the headlines in mass media. As usual, and as seen by plenty of past fake hate crimes, mass media jumped the gun again. The story about the black girl being held down and having her dreadlocks cut turned out to be fake. Likewise, as the entire picture of the Universal employee and the autistic black girl is being exposed, it looks like we can add this one to the list of fake hate crimes and hate hoax`s as well.

For a quick back story, after a 4chan prank designating the “OK” hand sign as being secret code for “White Power”, the race hustlers took the bait hook line and sinker and have bow declared that the “OK” sign is a hate symbol.

This gets to our story. An employee working at Universal and dressed in a costume was shown making the OK sign in a picture with an autistic black girl. The picture was shown in very news outlet, national outrage ensued, and the employee was subsequently fired. The picture however was a cropped version of the original, which was never shown. What the uncropped picture doesn`t show is that the other black kid in the picture is making the OK sign as well.

Here`s my theory: One article I read said that the picture was taken back in August. For both the Universal employee and the kid to be doing it it had to of been pre-planned and I’ll guarantee they were playing the “made you look game”. After the clowns at the ADL turned the okay sign into a white supremacist symbol the family went and used the picture to create a hate hoax in order to get some kind of financial compensation with the media pushing it all the way. If that`s the case then the guy who was fired should sue everyone involved with this hoax. And ask yourself why mass media never showed the entire picture. Mass media is the biggest creator of racial division in this country. Quit buying into their propaganda. 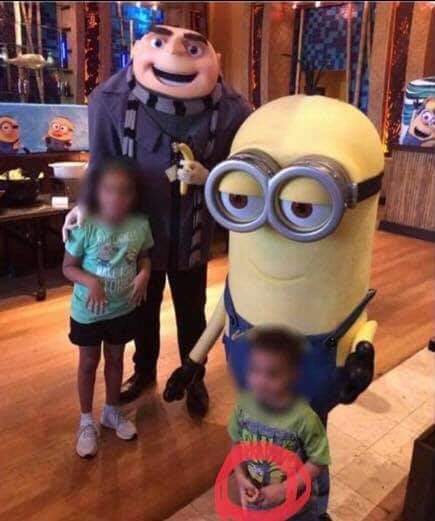