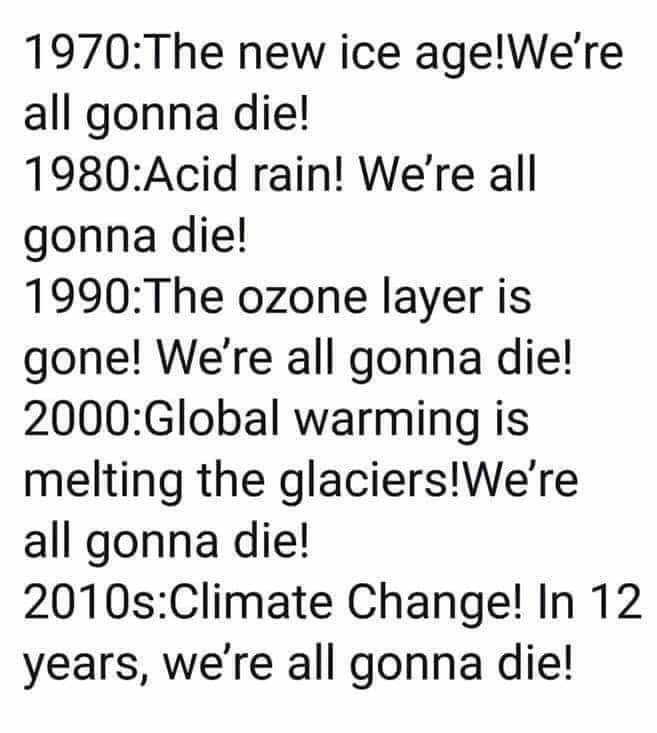 Greta Thunberg is the emotional unstable mess of a child that is the result of brainwashing climate control propaganda. She is just one of thousands of children who are being fed this propaganda in their schools, through tv, and through targeted online outlets, who feel like they have no lives ahead of them, who don’t want to have children when they get older, who think they are literally going to die in 12 years.

What’s worse is that the people using her to push their socialist agenda (disguised as sAvINg ThE eRTh!) make a hero out of her and put her all over the the television, talk about her in school, and feature her in targeted online outlets because they know other children will listen to her, and this way they can use her to can scare them as well.

A couple related articles linked below

The devastating rise of ‘eco-anxiety’: Psychologist says schoolkids are being damaged by the climate change debate

Epidemic of Kids Treated for ‘Eco-Anxiety’ over Climate Change

An extremely informative article from Forbes about the origins of climate change here: Remember The Acid Rain ‘Scare’? Global Warming Hysteria Is Pouring Down

The sky is falling! The sky is falling…in 12 years! Looks like politics are no longer off limits for children thanks to Greta. Wish someone would’ve made that clear a few months back. Comedy is much better than scare tactics and fear-mongering anyway. #MALA #AOC #GretaThunberg pic.twitter.com/exzddXXOp5