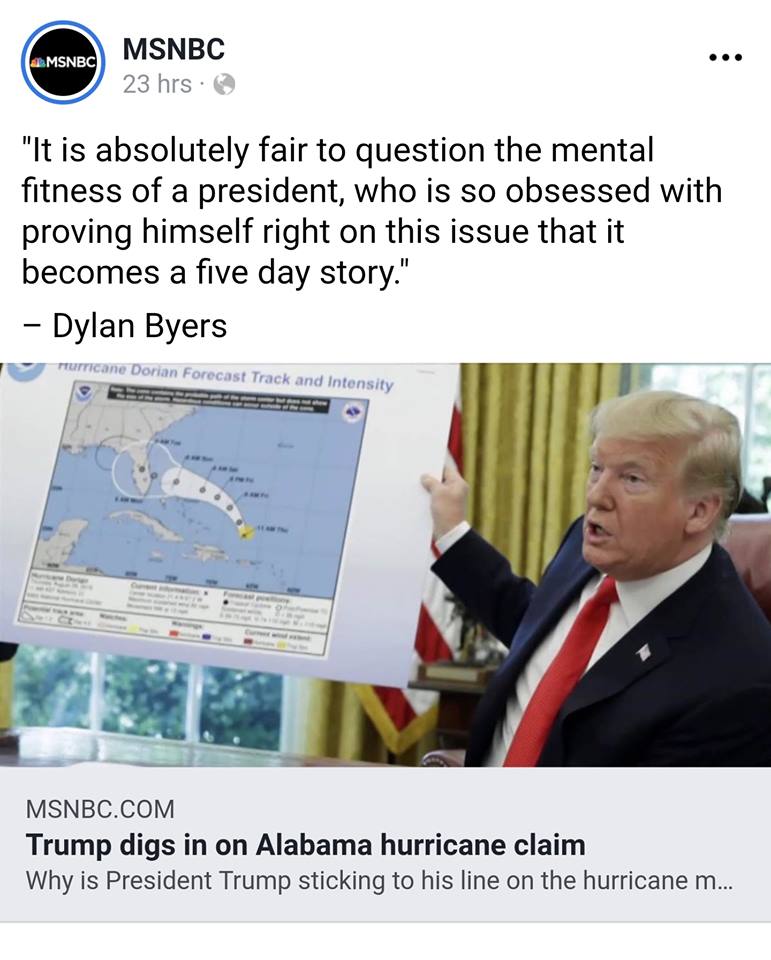 Mass media has spent the last week on a story about President Trump, Hurricane Dorian, and Alabama. It started when President Trump was discussing Hurricane Dorian and it`s expected path, stating that it was predicted to reach as far as Alabama. Mass media immediately jumped on this to create a non story designed to do as they always do, try to attack him. Their claim- forecasters did not predict that Hurricane Dorian would hit Alabama, so that makes Trump an insane crazy man unfit for office. As always Trump called the media out on their fake news which led to a week`s worth of mass media gaslighting the American people. In our opinion, it is absolutely fair to question the mental fitness and agenda of the mass media who is obsessed with proving itself right on ANY issue opposite President Trump especially when it becomes a 5-day or longer story.

As always, and in an epic shitpost tweet, President Trump proved himself right while watching the fake news go down in flames