What Adam Schiff did last week at the House Intelligence Committee hearing regarding the Trump / Ukraine phone call, in taking a story, twisting it around, adding things to it that didn’t happen in order for it to fit the democrat narrative, etc, was the epitome of what the media and democrats have been doing since President Trump took office. It shouldn’t get any more clearer than that. They are looking you in the face and lying to you.

The attempt to make it sound like a “mafia like shakedown” perpetrated by President Trump was also obviously coordinated with the democrat`s propaganda arm in Mockingbird Media, as every story coming out of the major news networks afterwards regurgitated the same “mafia like shakedown” talking point. Pay attention people, the matrix is exposing itself in real time. 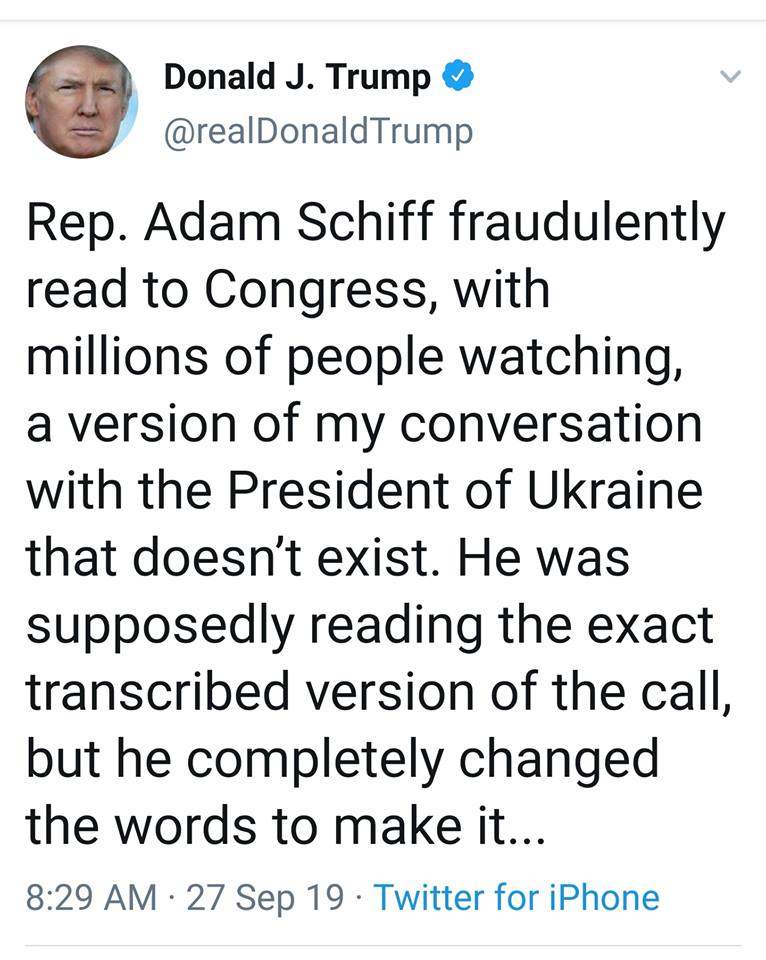 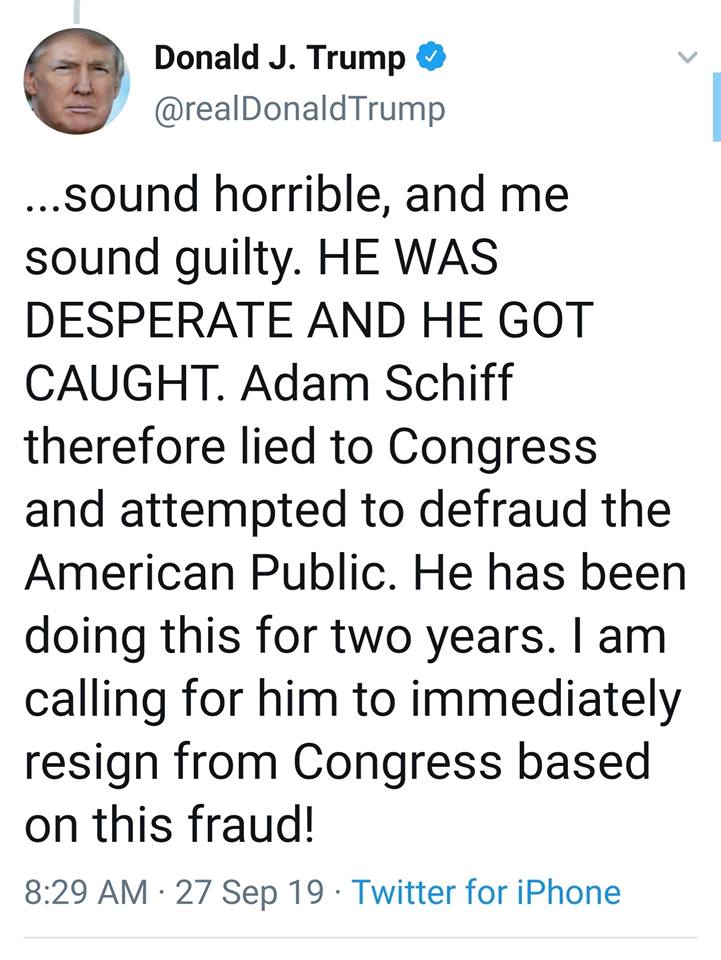