Another day another mass media psyop. I kept hearing reports on the news last week that a neo nazi was arrested in Washington after sending multiple threats to a woman in Florida threatening to kill her and more. That the man glorified Hitler and was an ardent Trump supporter and that Trump was going to declare a race war and that non whites needed to be wiped out. What wasn`t reported however was that this “neo nazi” is an Asian man named Zhaoyuan Cheng, who legally changed his name to Eric Lin in 2005. While the reports of the threats were allegedly real, this is another case of mass media twisting a story to push an agenda.  The reporting on the subject matter and the quoting of texts saying that he also supported Trump was used to fill a narrative, while a rather damning part that didn`t fit their narrative was left out. I discussed this mass media psyop in my last podcast here

What`s also rather apparent in all of this, is that either this guy is legitimately mentally ill or he is a massive troll deliberately trying to cause division. According to Heavy, he posted some of the most inflammatory posts possible about Hitler, Trump, racewar, non whites, etc., under the username Eric A. Schopenhauer, with everything open to the public for viewing. Again, you`ve got an Asian man using an explicitly German sounding name making over the top racially motivated posts that are viewable to the public. That should be called into question. There comes a point where things are just so ridiculous that it is either someone deliberately trolling or someone with some kind of mental illness. This guy imo falls into one of those two categories. The volume of the messages he sent to the woman in Florida (which filled 150 pages when printed out in the court documents) and the over the top nature of them suggests the same. Which should be noted as well is that a Maryland case search shows that he has a history of harassment charges over the years, even serving up to 9 months in one case. In another case he was arrested for breaking and entering and was sentenced to 20 years but only served 16 months with the remainder suspended. 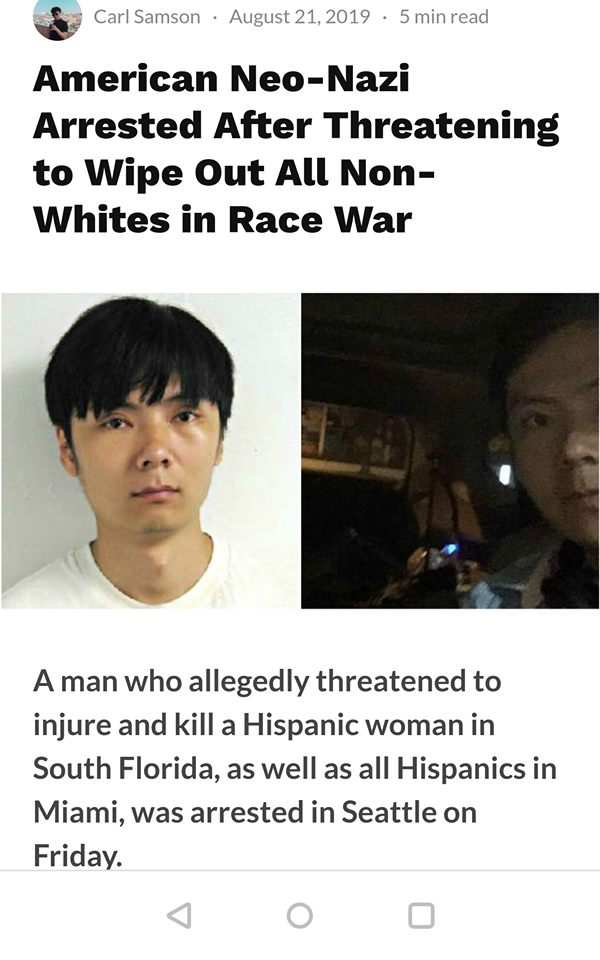