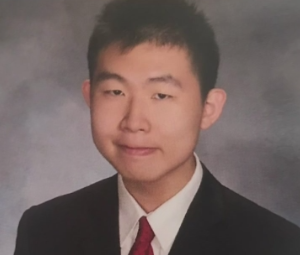 As you can tell by our blog posts, I`m usually up to date on stories like this, but this one somehow slipped by me. I`d say it`s probably due to the curious lack of attention by mass media. An online search showed that it made the news in print form, but I do not remember hearing anything from the talking heads. Had the narrative been reversed I`m sure it would have been a different story.

20 year old Jonathan Xie from Basking Ridge, New Jersey was arrested just last month charged with trying to provide material support to a terrorist organization, making false statements, and transmitting a threat in interstate commerce. His instagram posts are alleged to say things like “Okay, so I went to NYC today and passed by Trump Tower and then I started laughing hysterically . . . I forgot to visit the Israeli embassy in NYC . . .i want to bomb this place along with Trump Tower.” as well as “I want to shoot the pro-israel demonstrators . . . you can get a gun and shoot your way through or use a vehicle and ram people . . . all you need is a gun or vehicle to go on a rampage . . . I do not care if security forces come after me, they will have to put a bullet in my head to stop me.” The charges stem from him allegedly sending money to Hamas (a designated terrorist organization) in 2018 and writing “Just donated $100 to Hamas. Pretty sure it was illegal but I don’t give a damn.” and then subsequently lying on an military enlistment form saying that he had never associated with anyone involved in terrorist activities. He`s currently facing over 50 years in prison.

It`s curious why this story, as well as many others from the violent left, didn`t receive national media attention. They seem to have gone mostly silent on this story, as well as many others similar, relegating it to just a few online articles. It`s almost as if they have some kind of narrative to uphold. While throwing a bit of sarcasm in that statement, the reality is, is that this is why censorship of alternative media needs to be opposed. Mass media has an agenda and I have no doubt that if it weren`t for such stories being spread online through other outlets that they`d completely ignore them while pushing the narrative that the only people who pose any threat are “F*cking white males!”.