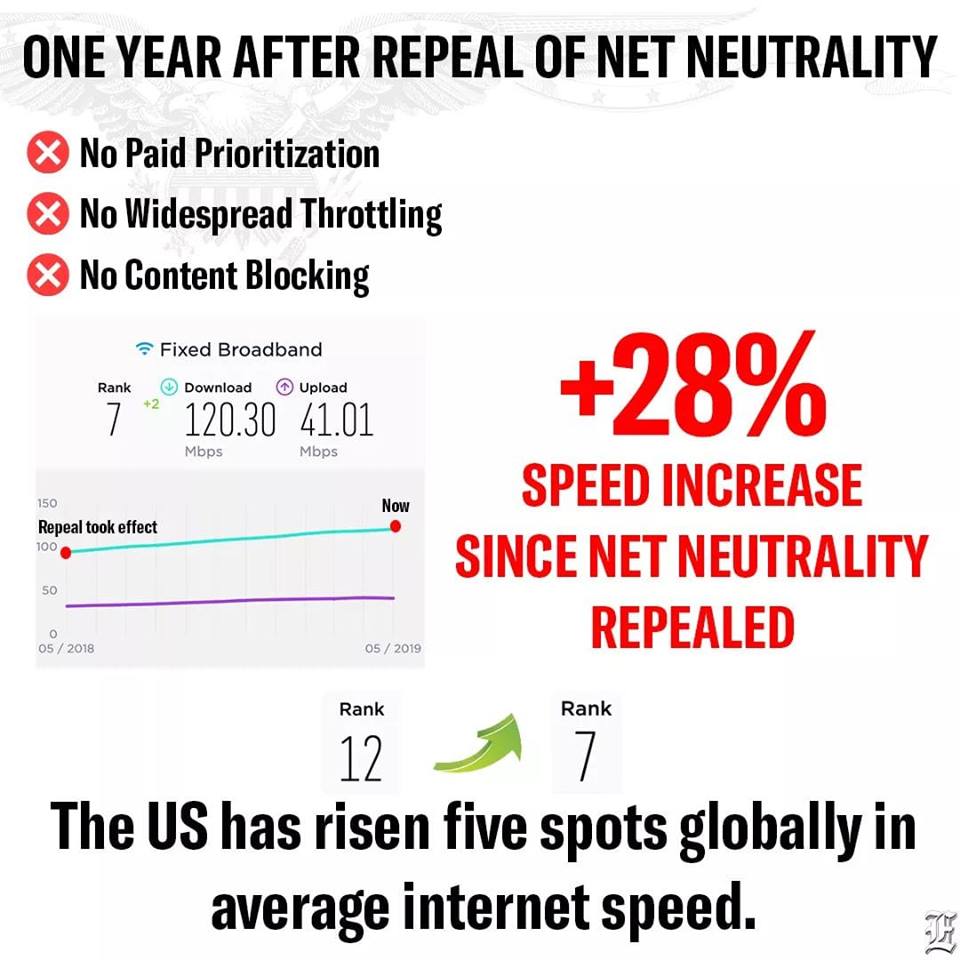 Remembered all the gloom and doom that was supposed to happen if net neutrality was repealed? Companies will make you pay more for access, you`ll have to pay to tweet, websites will be blocked, free speech will die, we won`t have any more avocados, etc. Well, aside from social media outlets banning speech they don`t like, the actual state of the internet has improved, as things do when you get rid of regulations that stifle the free market and growth.

As quoted from The Washington Examiner

Nearly a year after the repeal of net neutrality took effect, the average internet speed in the United States for fixed broadband rose 28% and the country is now ranked No. 7 globally.

When the Federal Communications Commission voted to repeal net neutrality in December 2017, average internet download speed was approximately 77 Mbps and the U.S. was ranked No. 12 globally in average speed, according to data from Ookla, which runs a popular online speed testing service. Since the repeal took effect on June 11, 2018, average internet download speeds have increased 28% from 93 Mbps to 120 Mbps

You can read the full article here

As always, the net neutrality regulations were designed in the name of equality. And as always with equality the regulations have proven to be equality of the lowest common denominator, where everyone is brought down and kept on the same equal plantation instead of allowing innovators to raise the bar.