National Media Promotes Story About Teen Who Taunted Mexican Schoolmate & Brutally Beat His Mom. Leave Out That The Teen Is Black

National Media Promotes Story About Teen Who Taunted Mexican Schoolmate & Brutally Beat His Mom. Leave Out That The Teen Is Black

It was all over social media yesterday, “Beronica Ruiz Beaten By 13 Year Old Who Racially Taunted Her Mexican Son” accompanied by a picture of her laying in a bed, eye swollen shut and wearing a neck brace. The stories all made sure to mention that the mom was attacked while walking home with her son and her 1 year old in a stroller, and that the teen who attacked her had previously been bullying her son because he was of Mexican descent saying that Mexicans belong behind the wall.

So here you have the narrative, mom brutally attacked by a hate filled 13 year old anti immigrant racist. In today`s era of mass media extremism and manipulation of hate crime stories most normal people would question this narrative and look for more info, however you don`t need much more than that to set the narrative in the emotionally unstable left. And of course the emotionally unstable left came out in full force. “F*cking white male Trump supporters!” White Racism” This is Trump`s America” and so on. This is why (surprisingly aside from the Washington Post) that every other news article I`ve seen has not made mention that the teen who beat the mom was black.

The agenda is as clear as ever. By exploiting stories like this, about a smirking kid in a MAGA hat, or numerous other fake hate crimes, mass media is setting a distorted and dishonest representation of what America is. In reality, by purposely distorting the stats of hate crimes, they are doing more to fuel division and racism then they are trying to end it. By creating the idea that only whites, or in other words- “F*cking white males!” commit racist hate crimes they are not only creating a false sense of white guilt in white Americans, but they are creating a hatred against whites by other groups of “peaceful people who just want a place in society”. It is deception and purposeful divisiveness, and it is malicious. This agenda needs to be challenged. 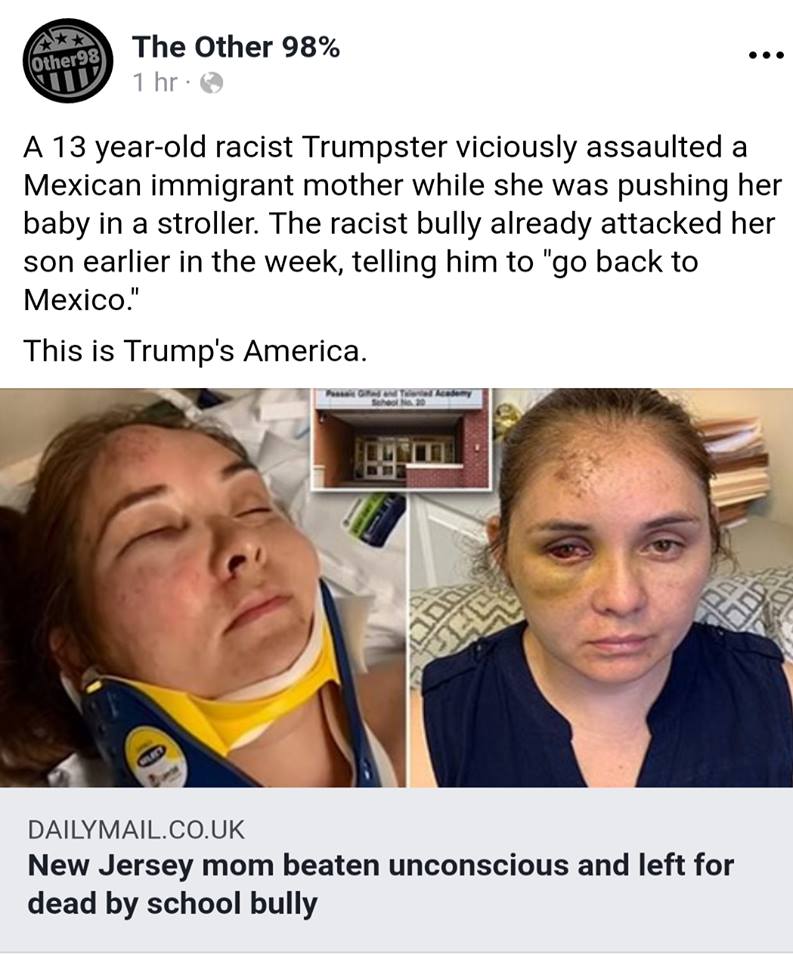