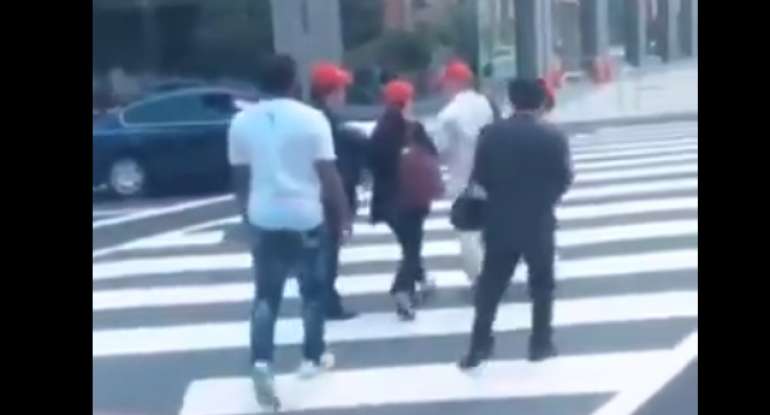 As you know, mass media likes to pick and choose which hate crimes to be outraged over. There`s been cases where immigrants, women, black men, gay men, Jewish people, and basically people from every race and gender have been attacked that have been almost completely blacked out. Why? Because they are Trump supporters. This latest case involves a group of Asians who were walking in D.C. and attacked by a group of much bigger black males who harassed them and stole their hats. What`s even worse is that according to PJ Media “The Asians wearing MAGA hats were not just tourists,” Wendy Wright, president of Christian Freedom International, told PJ Media. “They are North Korean defectors and South Koreans who get rice, medicine, and Bibles into North Korea and North Korean defectors out.” Despite a video that was posted on twitter, national media has not reported on this at all. Why not?

The double standards and media bias are apparent as always. As is the fact that the left is more than willing to use violence against those they disagree with ideologically. Had this story been about Trump supporters attacking someone else there would be national outrage, protests, campaigns against hate, etc. It`s time to start pushing back in any legal ways possible. This is also why we need to #Resist the left`s censoring and banning of conservative and alternative media outlets. They are losing the culture war, and in their attempt to counter their losses, their tyranny is growing.