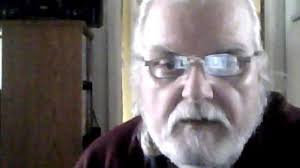 25 year old black female Cadesha Bishop has been arrested and charged with murder after a 74 year old white man that she allegedly pushed off a Las Vegas bus died. Witnesses say that Cadesha was on the bus yelling and screaming at people when the elderly man asked her to be nicer to her fellow passengers. Video surveillance then shows a black female violently pushing him off the bus. The man identified as Serge Fournier flew 8 ft before landing with his hands under his walker, hitting his head on the ground. He was taken to the hospital but died one month later due to complications with the coroner listing his death as homicide. Despite this violent attack on such a vulnerable person, Cadesha has been given bail. It`s our opinion that any person who would act so savagely towards an elderly person has proven they cannot live in a civilized society. She should have been put down on the spot.

This story and video is of course making it`s rounds on social media, but like many other similar stories, aside from a few headlines in the mainstream news outlets it is not being addressed. Had this been the other way around the soycial justice warriors and black advocacy groups would be all over it organizing protests and demanding hate crime charges. Likewise the mainstream news outlets would`ve already uncovered her complete background, what kind of music she listened to, her political affiliation, etc as well as airing interviews with her friends, highschool teachers and so on. But because this was a white victim of a black perp this doesn`t fit the narrative and will be sidelined. There will be no local anti racist groups or politicians issuing statements against hate and racism. There will be no calls for a day of healing, no rallies against hate, nothing. Why not? As we`ve said many times “The denial of civil rights for any group or class of people only ensures their exploitation and victimization. As Americans who have legitimate issues that affect us we need likewise legitimate organizations working alongside the Black Caucasus and NAACP, CAIR, La Raza etc in D.C. For the past 30 – 40 years those who were supposed to be representing European Americans have said don`t vote, don`t get involved in the system because it doesn`t represent us. Meanwhile, in the same amount of time that lack of fight has allowed the left to completely take over, and like it or not they are organized. How many national magazines do we have that are writing positive stories about rich athletes we have that are donating to charities that we have in cities across the country? How many social activists do we have speaking to kids who are reading books we’ve written in classes in schools and creating future activists? They have all of that. What did we get for our alienation? Exactly the nothing we have now. That needs to change. The more you advocate doing nothing because you don`t like the way the laws work against us the more you allow the system to exploit us and discriminate against us. Get out and get involved.”

*Disturbing Video* Detectives would like to speak anyone present during this incident on March 21, 2019, in which an elderly male was pushed from a bus near Fremont St and 13th St, around 5PM. Please call #LVMPD Homicide Section Detectives at 702-828-3521 w/info. pic.twitter.com/MXYXZbvNkg