Demand Captain Marvel is Played By a Woman of Color, Not Brie Larson! 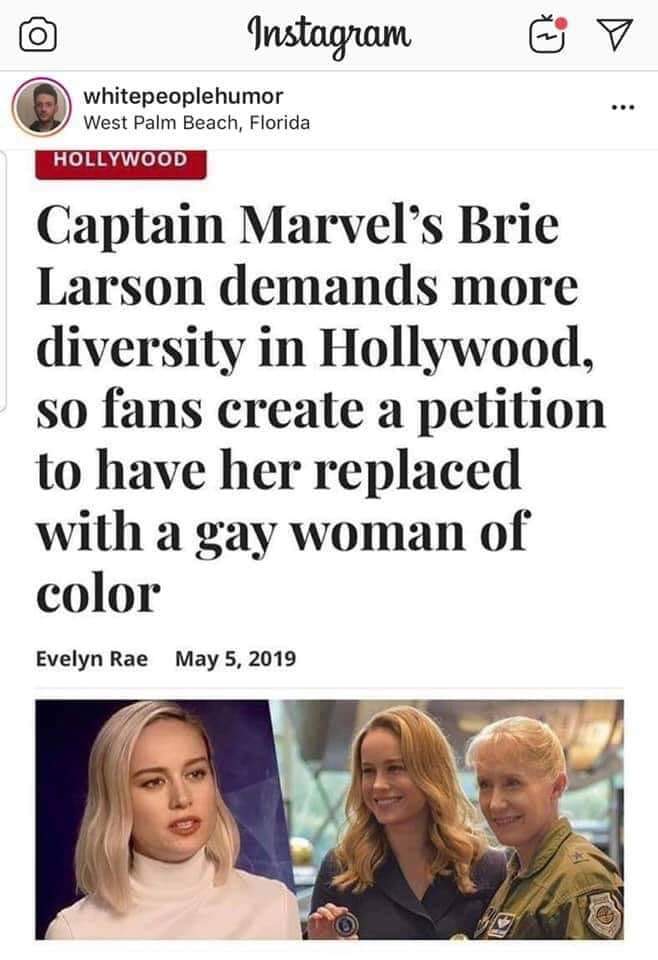 Demand Captain Marvel is Played By a Woman of Color, Not Brie Larson!

This is one Social Justice Warrior To The Rescue! petition I can get behind. Brie Larson, a soycial justice warrior herself has made repeated statements about diversifying Hollywood with more women of color while marginalizing “the white men who run it”. While attempting to hold her to her convictions, a petition here states the demand that:

“We need Brie Larson to step down from her role to prove she is an ally of social justice and ensure a gay woman of color plays the role. Let Monica, the original female & BLACK Captain Marvel instead of white-washing characters for the benefit of the straight, white men running Disney.”

“She hasn’t donated money to any charity other than The Motion Picture and Television Fund Foundation (https://www.looktothestars.org/celebrity/brie-larson) and it’s time for her to show she is not all-talk.”

In this case I absolutely agree, it`s time that these people put their money where their mouth is.