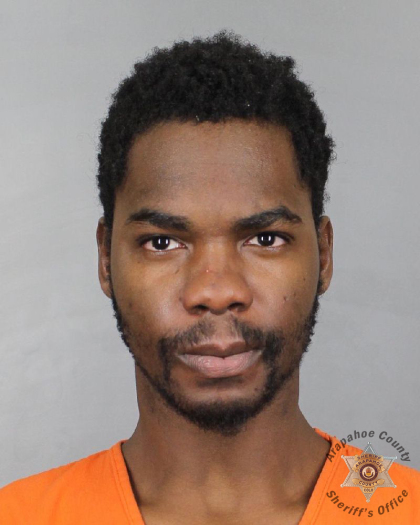 Shortly after Minnesota congresswoman Ilhan Omar gave a speech telling Muslims to “Raise hell” and “Make people uncomfortable,” Emmanuel Deshawn Aranda threw a 5 year old white child over a 3rd story balcony at the Mall Of America in Minnesota leaving him in critical condition. Now a man from Aurora Colorado has been arrested for allegedly using his car to target 2 children in a hit and run. 21 year old Oghaleoghene Atuno is seen on video circling a cul-de-sac several times before running his car up on a sidewalk where 2 boys aged 11 and 12 were walking home. One boy was injured so badly that his skull was fractured. Atuno has confessed to the hit and run but no motive has been released.

It should be noted that vehicle attacks are a common method for terrorist attacks. Just last month Rondell Henry was arrested accused of stealing a U-Haul to use in a terrorist attack at National Harbor in D.C. In the case of Emmanuel Aranda, mass media did it`s best to play down any racial aspects of the attack, even trying to blame it on his frustration with women. Unlike the still continuing coverage of the man in Charlottesville who was being attacked and drove it into a crowd of people who were standing in the street, the Oghaleoghene Atuno story has not received any national news coverage despite it looking to be intentional. Had the roles been reversed it would be national news, they`d have already uncovered his complete background, what kind of music he listened to, his political affiliation, etc as well as airing interviews with his friends, highschool teachers and so on. But because this doesn`t fit the narrative it will be sidelined, getting sporadic mention online here and there being downplayed as a simple hit and run. There will be no local anti racist groups or politicians issuing statements or planning protests. There will be no calls for a day of healing, no rallies against hate, nothing. Why not? As we`ve said many times “The denial of civil rights for any group or class of people only ensures their exploitation and victimization. We need legitimate organizations working alongside the Black Caucasus and NAACP, CAIR, La Raza etc in D.C. For the past 30 – 40 years those who were supposed to be representing European Americans have said don`t vote, don`t get involved in the system because it doesn`t represent us. Meanwhile, in the same amount of time that lack of fight has allowed the left to completely take over, and like it or not they are organized. How many national magazines do we have that are writing positive stories about rich athletes we have that are donating to charities that we have in cities across the country? How many social activists do we have speaking to kids who are reading books we’ve written in classes in schools and creating future activists? They have all of that. What did we get for our alienation? Exactly the nothing we have now. That needs to change. The more you advocate doing nothing because you don`t like the way the laws work against us the more you allow the system to exploit us and discriminate against us. Get out and get involved.”

A boy’s family credits @CBSDenver viewers, and investigators @CSP_News, for helping find the man who allegedly hit young boys with his car in #Aurora.

Video showed the suspect circling the area, before allegedly running over the boys.