A horrific murder that took place at an Oakland BART in which a white man stabbed 2 black women unsurprisingly has black activists and social justice warriors screaming racism. This, as usual, is before any facts are known about John Cowell, the man arrested for the murder. What we do know is that 27 year old John Cowell is described as a transient with a history of arrests. His family also says that he’s suffered from mental illness most of his life and has been diagnosed with bipolar disorder and schizophrenia. However, before a motive has been established or any other facts are known about John, the alt left community has immediately blamed racism and white supremacy and are accusing John of being a member of the Proud Boys. A similar story happened here in Maryland involving Sean Urbanski, a white guy who stabbed and killed a black guy. This was immediately called a racist hate crime and he was tried and convicted with the help of the local news outlets before any motive was known. That story here. But, for the record, The Proud Boys are 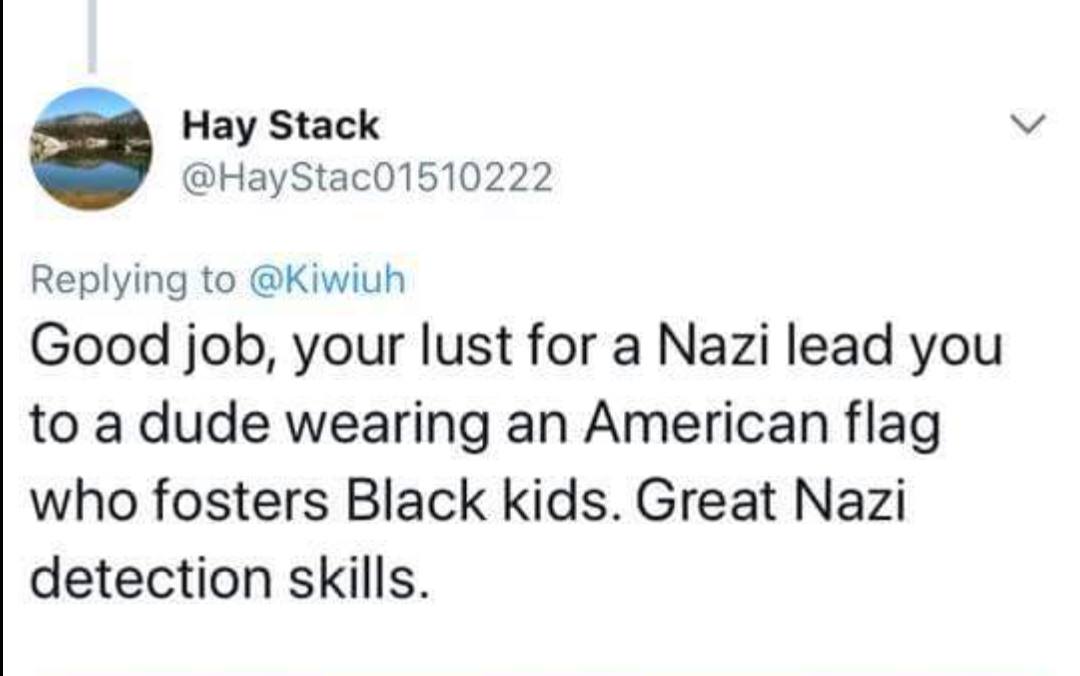 n`t even a racially oriented group. It is a Patriotic fraternity made up of people of all races and religions. Lets not let facts get in the way of social justice however. Alt left activists including mayoral candidate Cat Brooks riled up the outrage by making the false statement that the attack was not “random,” but part of the “year-long invasions by white supremacists and fascists coming to the Town,”. The stabbing occurred on the eve of a planned white supremacist “Proud Boys” gathering scheduled for Monday and August 5, which has further incited the speculation that the attack was a premeditated hate crime. Later the rumor spread that the Proud Boys were getting together at a local bar was allegedly spread by Oakland`s mayor herself. This led to the formation of a violent mob who went to the bar looking to attack them. Of course with this being just an online rumor no one from the group was there so instead the violent mob singled out a random white guy who was wearing a shirt with an American flag on it and began to attack and beat him. As it turns out the guy they singled out and beat for being a “nazi” is actually a foster father to 2 African American girls.

Nice work guys, your incessant hunt to find a non existent boogey man led to an innocent man being beaten. This misdirected anger and fury is the left`s equivalent of the 2 minutes hate from the George Orwell novel 1984. In it, the 2 minutes hate is a daily period in which Party members of the society of Oceania must watch a film depicting the Party’s enemies and express their 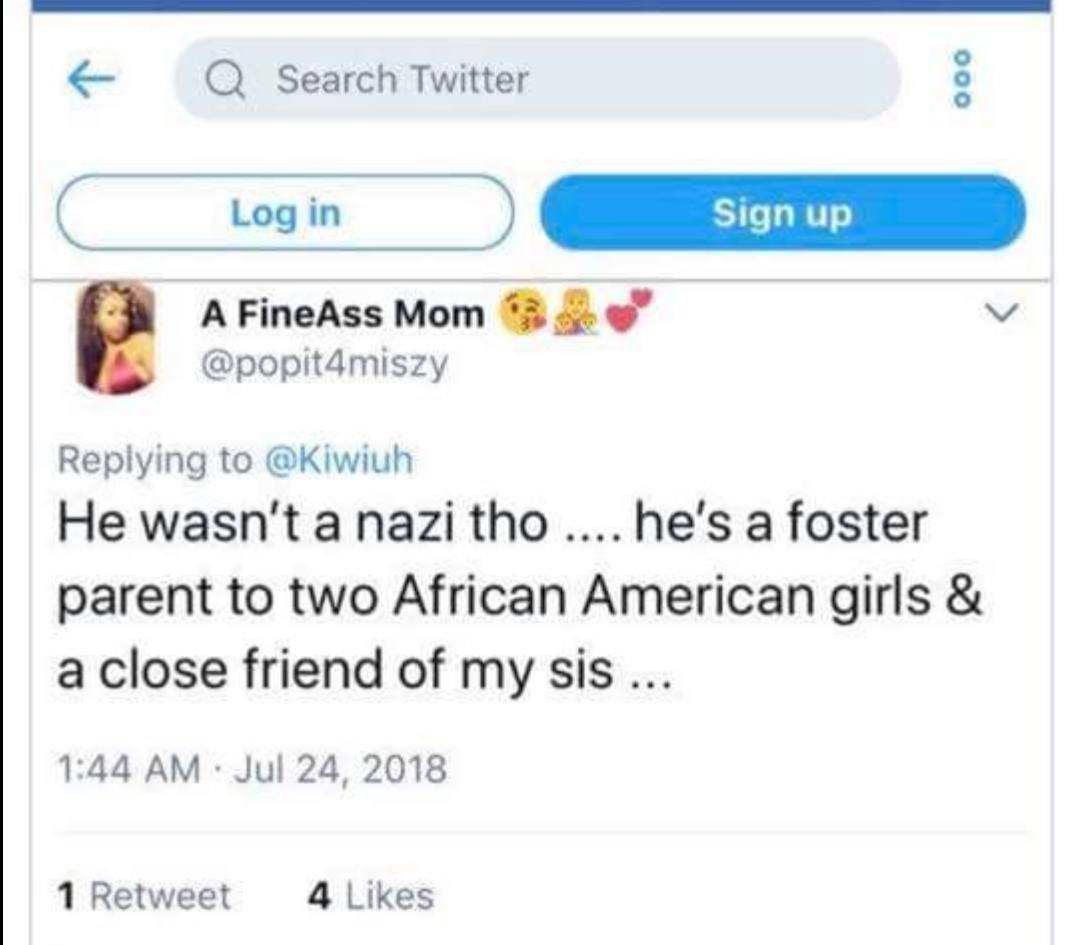 hatred for them for exactly two minutes. It is used to to direct the anger of the people of Oceania towards the party`s enemies rather than the party`s own failures to the people. As Orwell states “The horrible thing about the Two Minutes Hate was not that one was obliged to act a part, but that it was impossible to avoid joining in. Within thirty seconds any pretense was always unnecessary. A hideous ecstasy of fear and vindictiveness, a desire to kill, to torture, to smash faces in with a sledge hammer, seemed to flow through the whole group of people like an electric current, turning one even against one’s will into a grimacing, screaming lunatic. And yet the rage that one felt was an abstract, undirected emotion which could be switched from one object to another like the flame of a blowlamp.” Sound familiar? Democrats and the social justice warrior left use racism and white supremacy as their 2 minutes hate. They tell you about this racism and white supremacy daily to keep that hate going in you, to make you furious, to cloud out any other way of thinking, and this is how they control you.

As a side note, in a similar instance just last week, a Patriotic group called the Oath Keepers which is made up of former military and law enforcement officers of all races and religions, had planned to protest against Maxine Water`s violent divisive rhetoric. The protest never came to be but a violent mob of her supporters formed outside her office anyway. During their 2 minutes hate, a truck with two white guys drove by that had an American flag flying in the back. Her supporters blocked the road stopping the truck and ripped the flag from it. Her supporters then lit it on fire while screaming black power. The irony in these and many other similar stories is that the left says they are against racism, but stuff like this is how you create racism. Your 2 minutes hate is doing more to instill a sense of identity in people than any white supremacist group ever has. 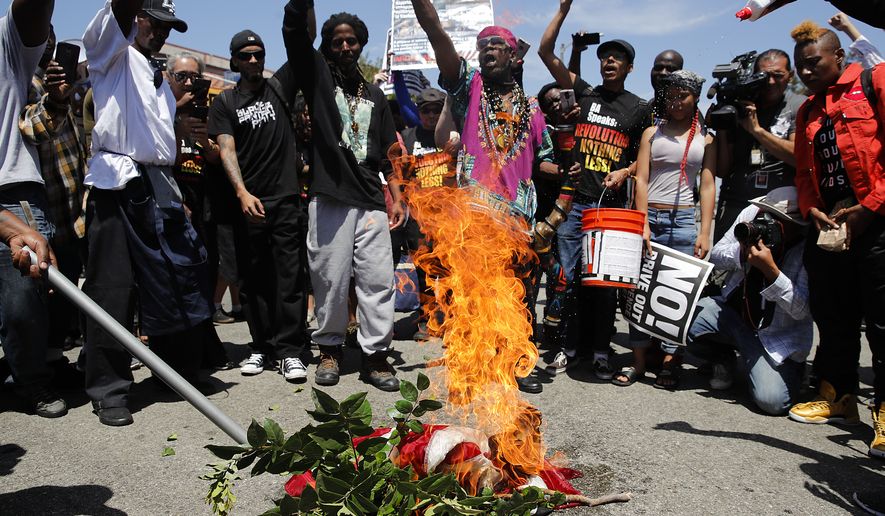